Torrevieja town hall has confirmed the death of a dog left abandoned in a car in the city on Tuesday. 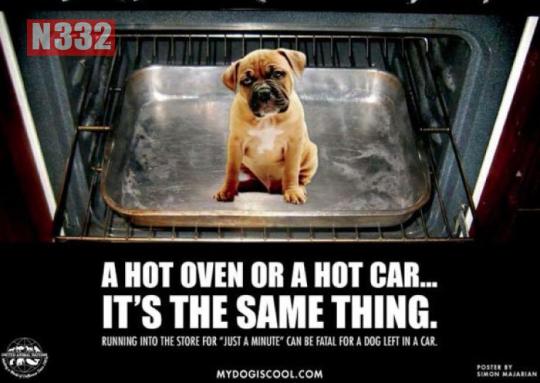 Local police were alerted by several people of the presence of three dogs inside a vehicle parked on calle capitán García Gea. The police attended and were advised that the dogs had been left in the car for several hours.

The attending officers smashed the windows of the car to free them but one of the dogs was already dead. The other two are being treated by a vet, as death can occur several hours after an incident such as this.

The police then arrested two people and delivered them to the Guardia Civil for processing for crimes of animal abuse.

The councillor who issued the statement, Carmen Morate, thanked the neighbours for their actions and pointed out that the dogs had been subject to temperatures in excess of 50 degrees. The councillor also reminded everybody of the advice to never leave a dog in a car, for any length of time, not even with the windows open, and if you see such an incident to call the police immediately.