Valencia council has implemented a 30 kilometre per hour limit on all roads within the city centre.

The measure, which came into force at the start of September, aims to expand the space for pedestrians, increase road safety, reduce environmental pollution and promote local businesses.

A promotional campaign called “El centro ya va a 30” was launched which detailed how the limit is enforced on all roads within the first ring-road, in the area known as the “Ciutat Vella” or “old town”.

Valencia is not the first city to implement a reduced limit and follows in the footsteps of the likes of Bilbao, Pontevedra and Vitora in Spain, as well as Paris, Copenhagen and London.

Limiting the speed is not where the story will end however, as the Mayor of the city, Joan Ribó, accompanied by the councillor for mobility, Guiseppe Grezzi, explained that this first stage of “pacification of road traffic in the city centre”, will ultimately lead to a restricted zone being created where only authorised vehicles will be allowed access. This is intended to streamline traffic in the city centre, and create a safer place for pedestrians.

The campaign message will have a heavy presence on publicity posters and street furniture in the centre, advising as many people as possible of the change, so that the city centre can become a more attractive and safer space for all. 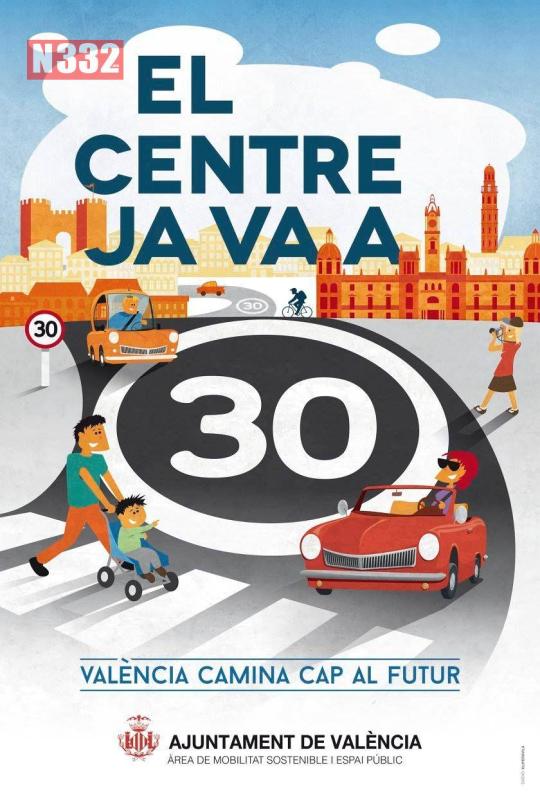