According to a study conducted by the Fundación Línea Directa, the safest combination for a driver and co-pilot is for a woman to be the driver and the man to be the navigator.

According to the study, this combination is six times less likely to result in a collision or incident than the most popular mix on Spanish roads, two men. 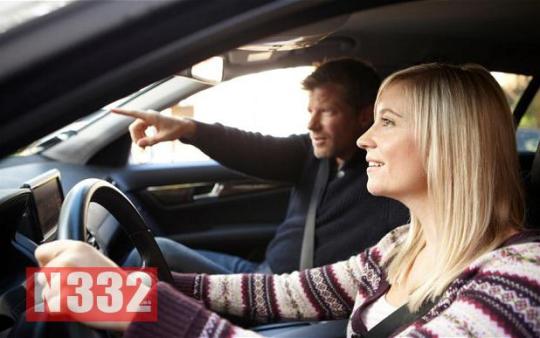 The study sought to ascertain the influence on a co-driver in preventing traffic based incidents from a “gender perspective”. It is in fact the first time such a study has been conducted in Spain aimed at measuring the real impact on road safety.

The experts analysed the profiles of the passenger, based on age and gender, concluding that the “imperfect passenger” is a young male between the age of 18 and 29, as they do not cooperate with the driver, talks excessively, constantly criticises the driver or constantly manipulates devices on the dashboard.

However, on the opposite end of the scale is the “perfect passenger”, a male between the ages of 60 and 69, who usually have a more collaborative attitude, cause fewer distractions, always compliment (even if it is a lie) and will signal notices to the driver.

For drivers carrying an “imperfect passenger” there is a likely increase in irresponsible driving behaviour, such as inappropriate speed and unnecessary braking, being involved in discussions with the passenger and other distractions.

Carrying a “perfect passenger” reduces the risk of infringement, improves other factors such as seatbelt use, a reduction in alcohol and drugs, using appropriate signals and a reluctance to use a phone whilst driving.

As drivers, women are less likely to be influenced by the irresponsible encouragements of their passengers, such as breaking the speed limit or reducing the safe distance between vehicles.

Overall, the study reveals that the influence on a co-pilot or passenger is “very positive”, because being accompanied on journeys significantly reduces the risk of incidents. In fact, having a companion in the car reduces the overall risk by 35%.

In fact, that was the aim of the study, to highlight the important role which passengers and co-drivers can play in road safety, and to encourage all co-drivers to get involved in active and responsible driving attitudes.