Speeding motorists are handing over 470,000 euro to the DGT every single day, a 30% increase on last year. 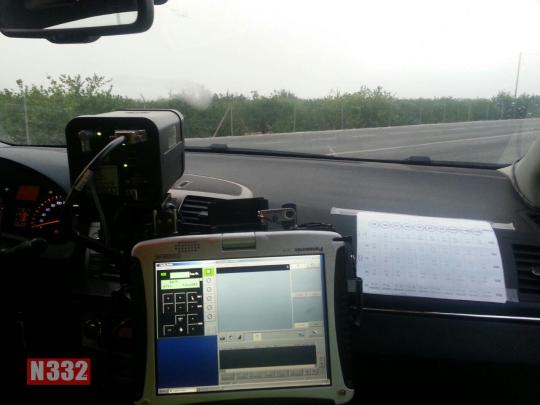 The figures show a continual increase in the trend for speeders being fined, increasing from 355,075 euro per day last year to the 470,396 euro per day currently.

The DGT believe that the increase is not caused entirely by an increase in speed by individuals, but by an increase in the number of vehicles using the roads. Similarly, the DGT also say that despite the figures for speeding fines increasing, other sanctions show a downward trend.

Another possibility is that traffic studies influenced the decision to drastically modify the plan for speed control on the roads. In February, following a 40% increase in speed related deaths in January, it was announced that more focus would be given to secondary roads, which account for 80% of all related fatalities, a figure which compares directly with the 81% increase in speeding motorists caught on this type of road.

Speeding fines have something of a unique character in so much as many people who get caught speeding fail to acknowledge or accept their own failings and many of those believe that the fines are nothing more than a way for the government to increase taxation. In fact, a recent survey states that 90% of speeding driver believe that their fine is nothing more than a hidden tax. However, the DGT point out that the taxable element of fines has reduced, despite the increase in revenue, dropping from 392 million euro in 2011 to 458 million in 2014.

Former Director General of the DGT, Pere Navarro, says that “Traffic law remains the law most violated in our country with nearly 13 million penalty proceedings a year between all administrations, which indicates that fines are necessary”, whilst also pointing out the need to raise awareness amongst drivers of the need to reduce speed, because, “If we only do surveillance, control and punishment, there will be a rejection of the citizens”, because they will not understand the real reasons behind the sanctions and the fact that inappropriate speed is one of the main contributing factors to road traffic incidents and fatalities, and, therefore, the reality of the sanctions is that they are there to save lives.