During the latest campaign focussing on three of the most common contributors to road traffic incidents, which ran at the end of November, 480,000 vehicles were checked during the seven-day surveillance campaign, resulting in 24,543 drivers being reported. 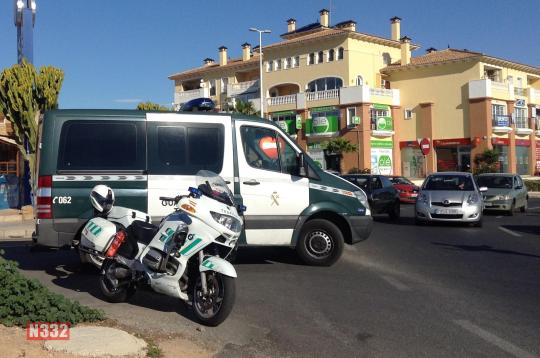 The biggest proportion of the complaints filed were for failure to comply with the maximum permitted speed. A total of 39% of vehicles were found to be exceeding the speed limit, 13% were exceeding the maximum limit by more than 20 kilometres per hour. In total, 15,301 drivers are now financially worse off, but hopefully more aware of the dangers of inappropriate speed.

There were still far too many vehicle occupants not wearing a seatbelt. During the single week, 1,041 people were reported for seatbelt related offences, whereas 61 drivers were brought to account for not securely restraining children in the appropriate seatbelt and security system. The message that wearing a seatbelt halves the risk of death is not getting through to some people.

Using a mobile phone earpiece or headphones whilst driving is another common occurrence, in addition to drivers using their mobile phone or programming their GPS, all of which are not permitted when driving. During the campaign, 885 drivers were reported for distractions such as these. A seemingly simple process of answering a call, send a whatsapp or holding a conversation whilst driving diverts the driver and, in far too many cases, has had lethal consequences. Of those drivers reported, 646 were for using their mobile phone while driving.

Continuing with the goal of zero tolerance on alcohol and drugs on driving, during the campaign there was an increase in the number of alcohol and drugs checks for drivers. In the seven days, 1,116 drivers tested positive, 807 for alcohol and 309 for drugs.

Because of the dangers associated with conventional roads, overtaking, crossings or passing priorities are especially controlled. For a week, 268 drivers were caught carrying out a dangerous overtaking move and 234 for failing to stop or give way at a junction.

The maintenance and physical characteristics of the vehicle can also be a contributing factor to road incidents. Within the week, 1,457 drivers were reported for driving vehicles with significant technical deficiencies, 53 of them were immobilized for technical deficiencies that made it impossible to continue the journey.

Finally, not carrying the appropriate or up to date documentation resulted in 1,123 drivers being reported, in most cases for not having last ITV. Finally, 648 drivers were reported for not carrying or having incorrect or out of date correct personal documentation.