Despite positive trends to reduce the number of fatalities on the roads of Spain, 2015 ended with the worst results for four years for deaths involving one particular type of vehicle – motorbikes. 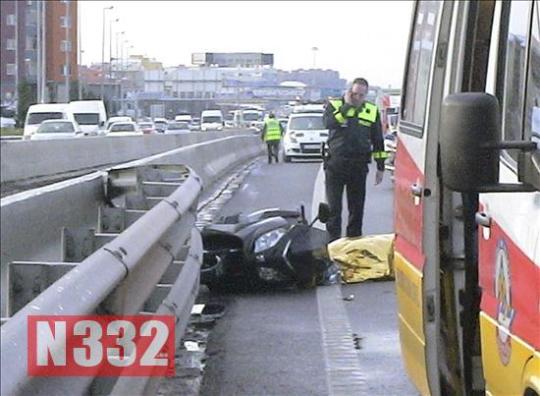 In total, there were 247 motorcycle deaths on the main road network last year, 60 more than in 2014, representing an increase of 32%. This has been the worst year since 2011 when a similar number of people lost their lives in motorbike related incidents.

The Director General of the DGT, Maria Segui, had already expressed her concerns over the problem as the year was nearing a close, explaining the three apparent major contributing factors to the increase in motorbike deaths, namely increased mobility, the rise in the average age of such vehicles, and an increasing number riders not wearing a helmet properly, of the deaths last year, 13 people were not wearing a helmet.

The DGT believes that the increase in deaths is also related to the increase in use of vehicles. The economic upturn in 2015 resulted in an increase in traffic on the roads, partly for leisure and partly for work, as more people also managed to secure a job. In addition, according to the Bikers Mutual Association, the improved weather conditions throughout the year, especially during holidays such a Easter, meant that motorbike use seemed a more attractive option than ever before.

María José Alonso, Vice President of the Bikers Road Safety Platform, has blamed the authorities for not doing enough, especially in rural areas, by not improving roads and for not placing proper signage in appropriate places.

Many other groups representing the riders themselves are still denouncing the poor state of the roads and the lack of investment. The Spanish Road Association released a report claiming that the situation of the roads was “the worst since 1985” and that it needs 6,500 million euro investment in order to return them to their optimal state. Moreover, according to data from the DGT, 18% of those killed in 2015 died after crashing into a crash barrier, according to the group, reinforcing their calls for improvements or the rehabilitation of the roadbed, repairing the many cracks, potholes and poorly painted pavements, whilst also demanding that all crash barriers be replaced by those specifically designed to assist motorcyclists in the event of a collision.