At least 14 people have been killed in a collision between a bus and a car on the AP-7 in the Freginals area of Tarragona in the early hours of Sunday morning. 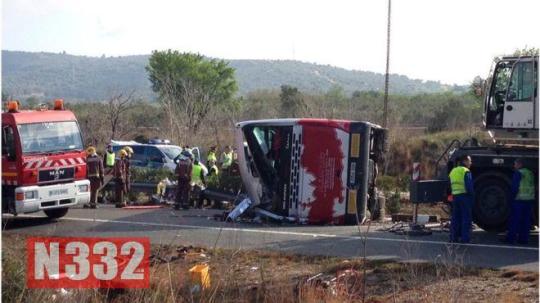 Some 57 people were on board the Barcelona-bound bus, mainly foreign Erasmus students, when if overturned near kilometre 323 of the motorway after being in collision with a car at around 06:00.

Most of the motorway had been closed at the time with only one lane open in the Barcelona direction. 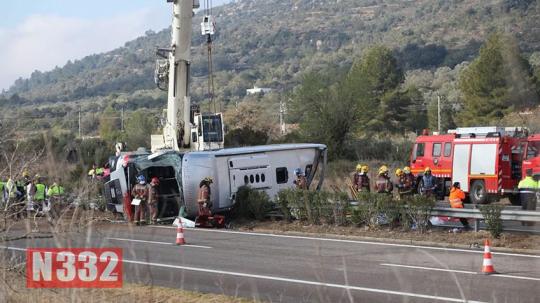 The emergency services attended in force to try to rescue those involved, including 17 fire tenders, 7 ambulances and 5 support vehicles.

The AP-7 was closed to traffic with diversions put in place as the major emergency operation was launched.

Meanwhile, 10 people were injured in an 8-vehicle pileup in the Pinto area of Madrid. The A-4 motorway was closed to traffic as the clean-up operation took place, although there were no serious injuries in this crash. 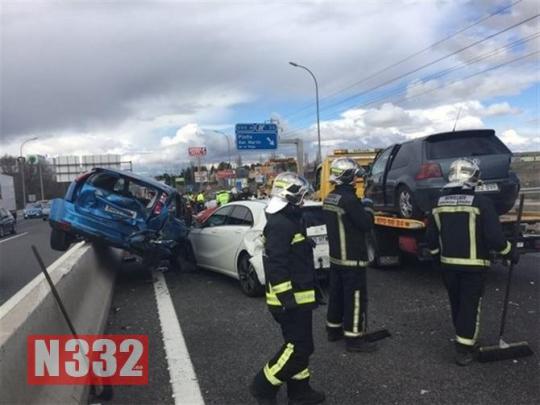 The roads of Spain are expected to be particularly busy on account of the Easter holiday period.