Spain operates a network of traffic monitoring devices, not only looking for drivers who are speeding and those who skip trough red lights, but the new range monitors for such bad practices as using a mobile phone and the use of seatbelts.

Here are the five types of monitoring devices currently in use.

Although we said that there are five types of monitoring devices in use, there is also the new type which monitor mobile phone and seatbelt use. The first set of these have only just been installed and will continue to roll out across the network during 2016 and 2017.

There is also another monitoring device which is sometimes confusing to motorists, as these metal boxes live alongside the road network but have no visible means of taking a picture. They are identifiable by a square marking in the lane nearby, which is a monitoring sensor, sending information to the roadside box. These devices are used to monitor traffic flow statistics and are not used in enforcement, which is why they have no means of recording individual vehicle details. They are able to record the vehicle type and the number of vehicles using an area, providing essential data to road planners. 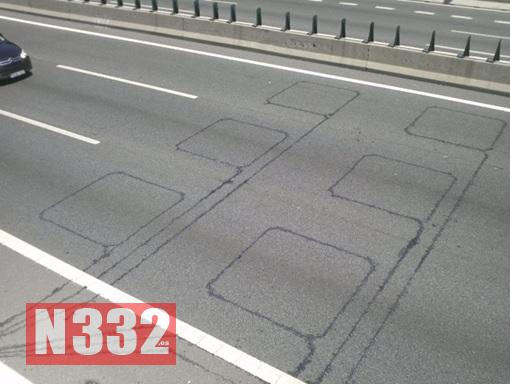 In total, across Spain, there are currently 800 fixed cameras, 16 Fixed-Section Radars and 6 helicopters equipped with Pegasus, as well as countless patrols from both the Guardia Civil and the police.

If you´re wondering where the most likely location to be snapped for speeding is it is on the A4 in the province of Jaén, where a Fixed-Section Radar controls the road between kilometre posts 242 and 245.