Spain´s Interior Minister, Jorge Fernández Díaz, has announced a seven-point action plan for the roads of the country which are aimed at significantly reducing the number of casualties on the roads.

In order to implement the plan, the government will allocate 7.2 million euro in funding towards the life saving measures.

The announcement was main when the minister attended the 20th anniversary celebrations of the Guardia Civil Traffic School in Mérida, Badajoz.

Whilst praising the work of the men and women of the Guardia Civil Trafico, the minister pointed out how more than 9,100 officers who are dedicated to the service are a “fundamental tool for road safety policies of the Government developed through the DGT”.

On conventional roads last year 913 people lost their lives, many of those were involved in head-on collisions. As for motorbikes, the death count increased by 49 last year, and so the new measures are aimed at achieving better behaviour from bikers and improving coexistence with other road users. In the third group, vans, there has also been a significant increase in the number of fatal incidents which also require measures to achieve safer behaviours.

Here is the seven point plan in more detail.

Some 3,000 kilometres of roads will have “rumble strips” installed on both the hard shoulders and the central lane markings to avoid vehicles leaving the road and colliding with those coming in the opposite direction. These will be similar to those installed recently on the N-332 in Torrevieja, itself a known incident blackspot, and for which 5 million euro has been assigned. The completion of this element is expected to be within 5 months. 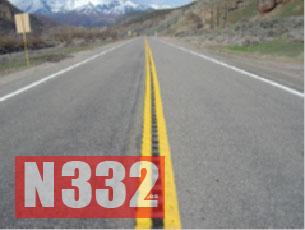 As overtaking is one of the most dangerous manoeuvres that can be carried out on the open road, this will be restricted in more areas.

Again, similar to what was recently implemented on the N-332 in Torrevieja, the solid double white lines would be reinforced with wider and marked lines whenever possible.

This too will take around 5 months to complete and the 1 million euro budget will reinforce 1,000 kilometres of road, with an estimated reduction of 20 deaths per year. In 2015, 217 people died in head-on collisions.

Junctions can be some of the most dangerous areas on the road network. Vehicles cross and interact with those already moving, which can be a significant risk to all. Last year, 20% of injury incidents occurred at intersections on conventional roads and 134 people died in side-impact collisions.

Part of this plan will involve the installation of warning signs on the approach to key junctions, specifically those where visibility might be impaired.

With another million euro set aside for this, it is also expected to save 20 lives each year. 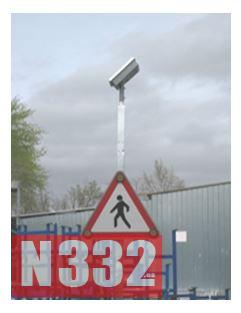 The Interior Minister explained that the implementation of this action is based on the continued planning of campaigns on a monthly basis to increase controls at night, on routes frequented by such vehicles.

These controls would see vehicles stopped and their occupants identified whilst also testing for alcohol and drug use, and the correct documentation, including ITV and insurance.

The estimated budget for this action is 30,000 euro and should reduce the number of deaths each year in vans by 10. In 2015, 68 deaths were reported in vans.

In addition to excessive speed, maintaining a safe distance between vehicles will see a focus in a 5,000 euro campaign. As well as roadside patrols, helicopters will be used for this purpose, as well as information panels warning of the importance of maintaining a safe distance. The number of people killed last year where driving too close was an attributing factor was 54, an increase of 10 from the year before.

Finally, motorcycles will be given considerably more attention with extra monitoring points on the roads and checks on ITV, insurance and other documentation, as well as speed and dangerous manoeuvres.

In recent months, 9% of motorcycles involved in injury incidents did not have an ITV. Some 15% of motorbikes were over 20 years of age.