A drunk driver seemingly became confused over which lane to approach Torrevieja off the N-332 main road on Monday, instead choosing the cycle lane. 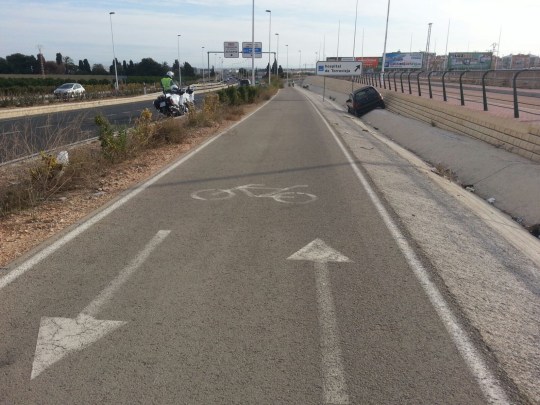 Unfortunately, as the cycle lane is not designed for the purpose of carrying cars, the vehicle came to an abrupt stop. The Guardia Civil attended the scene and found the driver to have consumed an excessive amount of alcohol and now faces the consequences of those actions, lucky to have not killed anybody in the process. The damaged vehicle had to be recovered from the scene by a tow truck.