All of this week, the Guardia Civil traffic department, supported by National, Regional and Local police forces, will be carrying out extensive checks on alcohol and drug use on the roads of Spain. 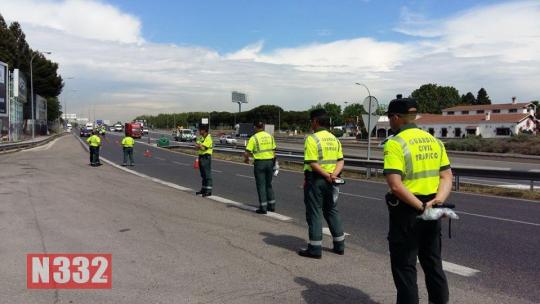 The campaign runs until Sunday an coincides with a coordinated campaign through the European traffic police network, TISPOL, which will also see intensified tests on the roads of other countries across the continent.

For their part, the Guardia Civil intend to carry out at least 25,000 alcohol and drugs tests each day until Sunday.

The main goal is to detect and deal with habitual offenders, who get behind the wheel on a regular basis whilst having consumed alcohol or drugs. The latest figures extracted from the most recent data available suggests that there may be around 12,000 drivers who met this continually dangerous criteria.

So far this year, the figure of those detected is approaching 100,000 drivers who not only risk their own but the lives of many innocent victims who all too often leave the scene of the carnage facing a life dealing with serious injuries and, on too numerous occasions, leaving the friends and families of loved ones having to deal with their death.

According to the annual report of the National Institute of Toxicology, the 39.09% of deceased drivers displayed the presence of alcohol or drugs in their blood. The figure rises to 40% when pedestrians are analysed.

Even the smallest amount of alcohol or drugs can affect driving ability and so, despite Spain having considerably lower maximum limits than countries such as the UK, the best advice is always zero consumption before getting behind the wheel.