A passenger car crashed into the back of a vehicle in Boiro, a municipality in the province of A Coruña in the autonomous community of Galicia, with the Guardia Civil immediately on the scene to ensure everybody was safe.

The reason for the prompt attention was that the vehicle that was hit from behind was a liveried Guardia Civil vehicle. 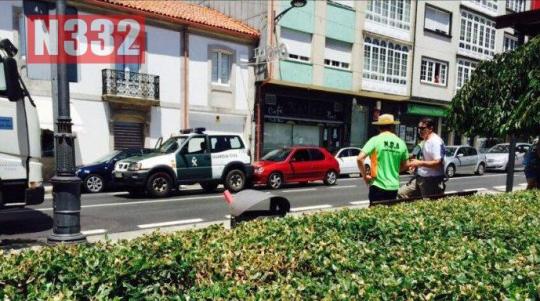 The incident occurred at around 15:00 on Tuesday afternoon on Calle Principal, near to the town hall, but as the traffic was moving at walking pace nobody was injured.

The initial investigation suggests that the driver of the rear vehicle had become distracted, resulting in the crash.

Distractions are one of the three major contributing factors to road traffic incidents, along with inappropriate speed and alcohol and drugs.

The post Minor damage in Distraction Crash appeared first on Driving In Spain.