Two officers from the Guardia Civil were injured on Tuesday when their vehicle collided with a stolen car in the Navalcarnero area of the community of Madrid. 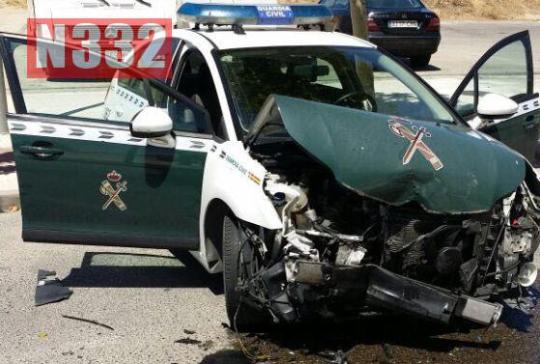 The officers were involved in a routine check when a vehicle containing three individuals wearing hoods started to accelerate towards them, hitting the patrol car and speeding off.

The officers were taken to hospital suffering from minor injuries.

The occupants of the vehicle are believed to have been of North African origin and one of them was visibly identified as being wanted by the police.

The vehicle, a Land Rover, was found shortly after burnt out on the M-501. A search has been launched to find the perpetrators.