Details have been revealed as to how the DGT´s airborne radar speed detector, Pegasus, clocked a Porsche Panamera travelling at 218 kilometres per hour on the R-4 ring road of Madrid, where the maximum permitted speed is 120 kilometres per hour. 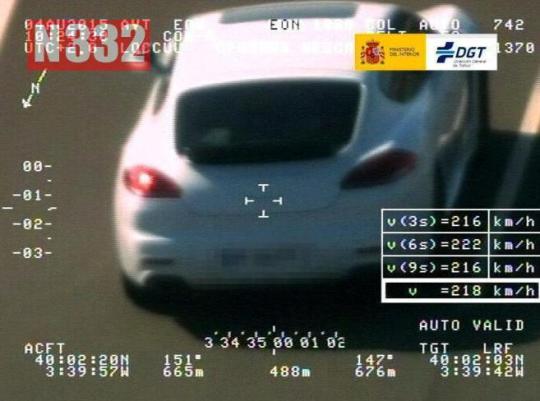 In addition, the footage recording the speeding vehicle identified that it had French license plates and in the back seat of the vehicle was a child who was not wearing the mandatory restraining system or seatbelt.

Whereas Pegasus caught speeders normally receive later notification of their activities and fines due, given the gravity of the offences being committed by this vehicle, and the serious risk to road safety, the helicopter crew called on ground troops to intercept and stop the vehicle.

The driver was identified as a Spanish national of 31 years of age and his son was just 8. He was arrested at the scene and faces up to a four year ban from driving, a hefty fine and community service.