This weekend, the air academy in San Javier will open its door to the public to visit a static display of aircraft, and offer a fantastic air show over the coastal waters of Santiago de la Ribera. 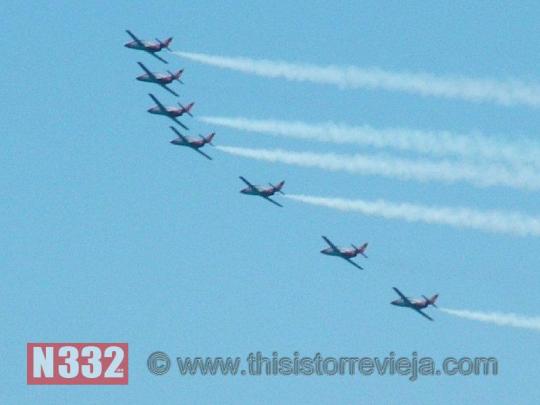 This is the first time such an event has taken place since 2006 and is in celebration of the 30th anniversary of the Eagle Aerobatic Patrol, the Patrulla Acrobática Águila. 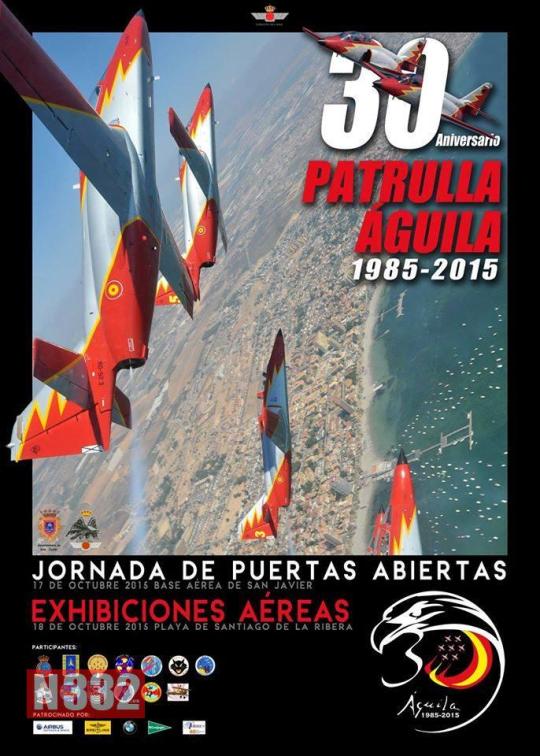 On Saturday the 17th of October the air base will be open for public visits between 10:00 and 17:00, with a static display laid out along the second runway at San Javier, where you can photograph the aircraft and even meet some of the pilots. 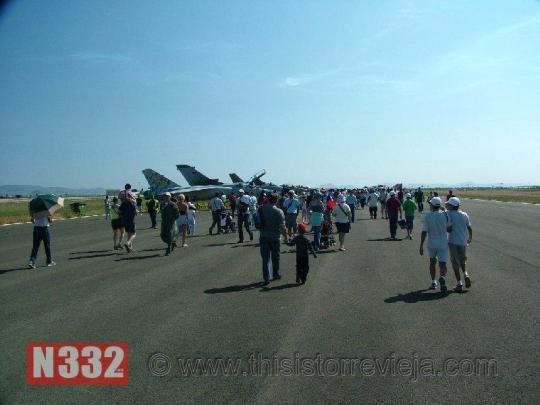 Aircraft on display will include transporters such as the CL-215T Apagafuegos, commonly in use as a fire-fighting water carrying plane, the C-295 twin-turboprop tactical military transport aircraft, the Transall C-160 designed and produced as a joint venture between France and Germany, and the Cessna Citation mini-jet. 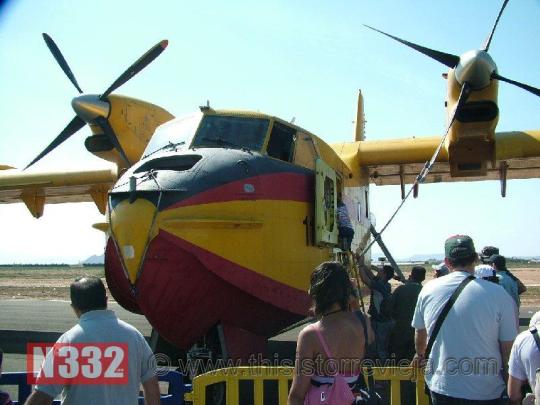 There will also be a Eurofighter Typhoon and a Harrier jump-jet amongst the displays, sitting along an F-18 and others planes, plus helicopters, including the HE-25, also used in aerobatic displays, and a police patrol helicopter. 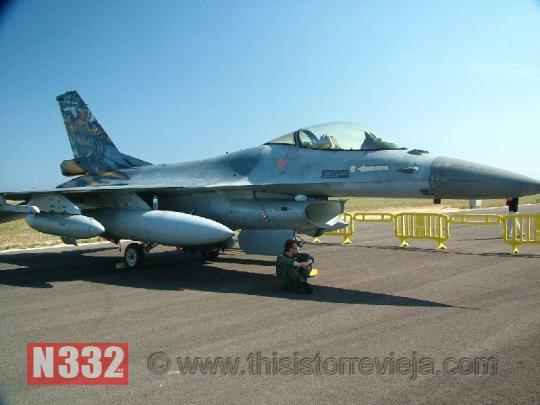 One of the highlights of the static display will be the CASA C-101 Aviojet, a low-wing single engine jet-powered advanced trainer and light attack aircraft, which is the plane used by the Eagle Patrol in their displays. 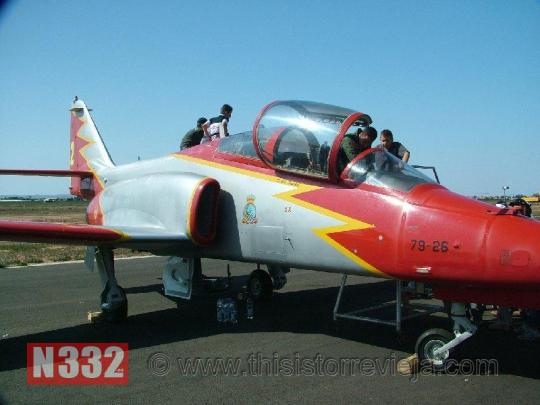 Special parking has been arranged, which will be clearly signposted, with buses provided to shuttle visitors to and from the base. 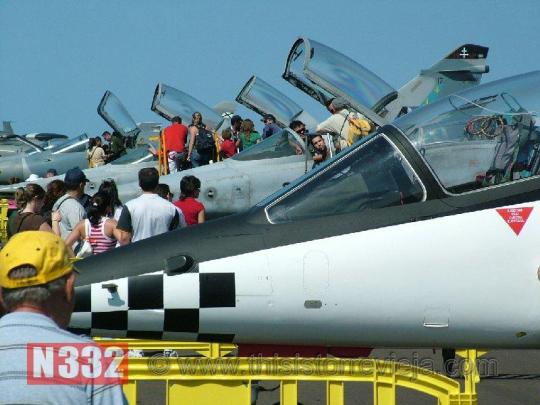 On Saturday evening there will be a special presentation with the renaming of a street in the town and a concert by the military band. 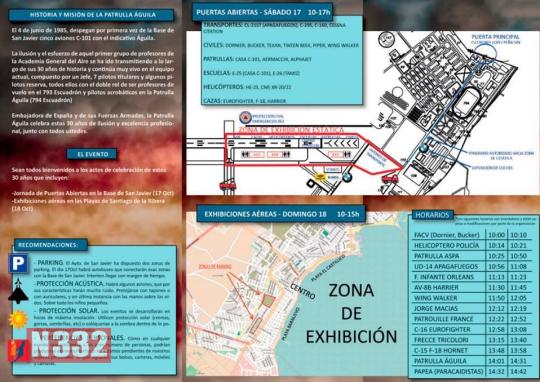 On Sunday, the action moves to the air with a display in the skies above the Santiago de la Ribera starting at 10:00 and lasting 5 hours. 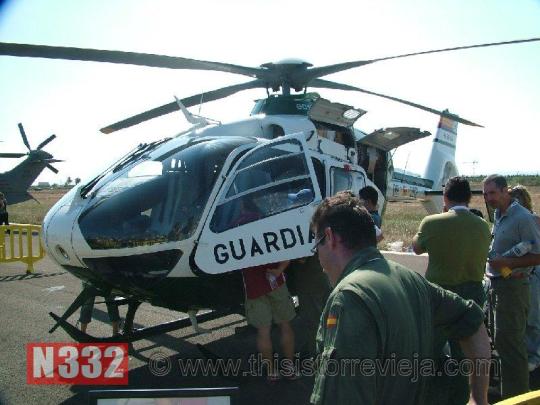 First on display will be the FACV, flying classic Dornier and Bucker aircraft, taking up the first ten minutes of the show. A police helicopter display is second with the action continuing throughout the afternoon, including displays from Italian and French military teams, a helicopter aerobatic display, wing-walker Ainoha Sanchez, and culminating with the Eagles giving a 30 minute display from 14:01 until 14:31, followed by the climatic end of the parachute display team returning the show to earth. 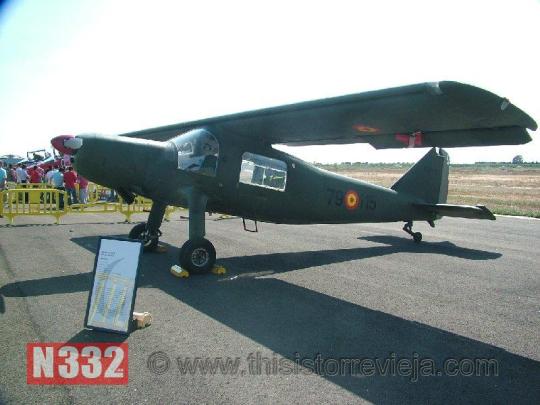 During the air show, the beaches will be fitted with sound equipment to enable visitors to follow the schedule and it will be broadcast live on the 7RM television channel.

With much more going on throughout the weekend, for full details you can visit the San Javier official website, www.sanjavier.es.