The DGT has published the latest list of black posts where particular attention is required when driving due to a history of incidents at the locations. 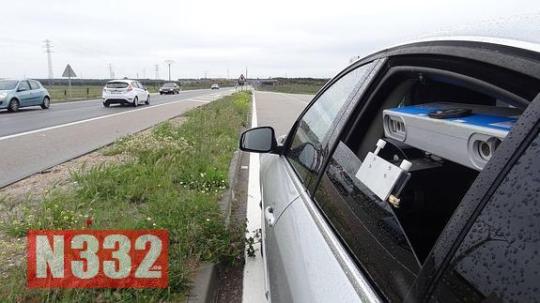 In total, 1,314 dangerous sections have been identified, including curves, crossings, blind-spots and straight stretches of road, covering a distance of some 150,000 kilometres.

The majority of these stretches are on conventional roads, with a single lane in each direction and no separation, where over 900 people lose their lives each year.

These locations will also be where intensified checks will be carried out all this week, up until Sunday, with the aim of reducing incidents on these roads and, subsequently, saving lives.

Inappropriate speed, the use of mobile phones and headsets and improper overtaking will be the initial factor being monitored in the locations, which will then also lead to checks for alcohol and drugs, driver and vehicle documentation and other breaches or risks to road safety.

Because of their high incident rates, conventional roads are one of the primary objective of the DGT. This summer alone, 1 in 3 road fatalities occurred on this type of road.

Last year, 957 people were killed on conventional roads, representing 74% of the 1,247 fatalities that occurred on interurban roads. In addition, 3,813 people were injured and required hospitalization following incidents on these roads.

Such roads account for over 90% of the total kilometres of the road network which are the most dangerous in terms of a higher incident rate, although traffic density is less than that on motorways.

The entire list can be viewed on the DGT website by clicking this link. An example of the information is here, where locations on the N-332 have been identified (list as of 23/11/2015 and subject to change).