The special traffic monitoring operation that covers the Easter period began on Friday, with a total of 14.5 million long-distance journeys expected on the roads of Spain between now and the 28th of March. 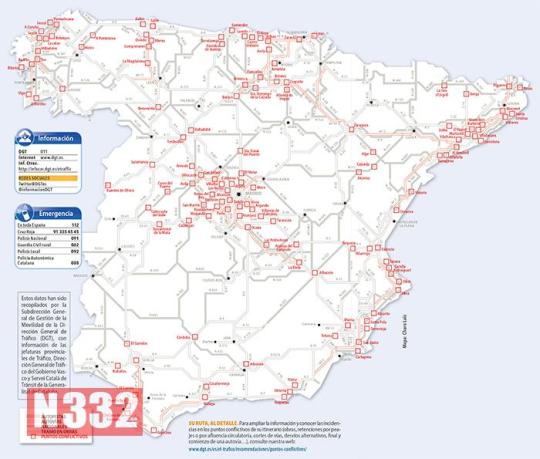 Like many special operations, the flow of traffic intensifies from the inland and city areas at the start of the period, and just before Easter weekend, with more people travelling towards mountainous and coastal areas to enjoy their leisure time. Then after the Easter weekend, the traffic flows away from the touristic areas and back inland. In between, there will be busier periods for short journeys in localised areas with a focus on leisure and shopping activities, as well as attendance of the religious events.

In order to try to improve the flow of traffic, the DGT recommend avoiding traveling at the peak times, if possible, and planning your journey around quiet times. For this, they have provided a handy infographic indicating the busiest times from Easter Wednesday through to Easter Monday.

For this first weekend, there will be an expected 3,450,000 journeys up until Sunday evening. During the second phase, the special operation runs from Wednesday the 23rd, starting at noon, and finishing on the evening of Monday the 28th. Although Easter Monday is not recognised as a holiday in many areas, if is an autonomous holiday in the region of Valencia, and so the Costa Blanca will still see busy roads until after this day.

In order to make the roads safer, all unnecessary road works will be banned and extra “circumstantial” lanes created to improve traffic flow in the key areas. If you come across one of these special lanes, remember that there are rules regarding using your headlights during the day that drivers must adhere to.

The Guardia Civil will be carrying out extensive checks on speed, as well as the consumption of alcohol or drugs, which may require testing, and driver and vehicle documentation will be scrutinised at the roadside.

In addition, during these checks, vehicles will also be monitored through electronic devices and have their insurance details confirmed. This will also be done during roadside checks, and vehicle characteristics will also be inspected, including compliance with tyre safety laws and other safety critical defects.

From the air, the DGT will have all 12 of their helicopters monitoring traffic, 8 of which are equipped with the Pegasus airborne radar equipment which monitors speed, as well as the use of seatbelts and mobile phones. In fact, since its operation, Pegasus has monitored 75,000 vehicles and issued 18,274 fines, equating to the equipment capturing and burdening a dangerous driver with a fine every 3 minutes. 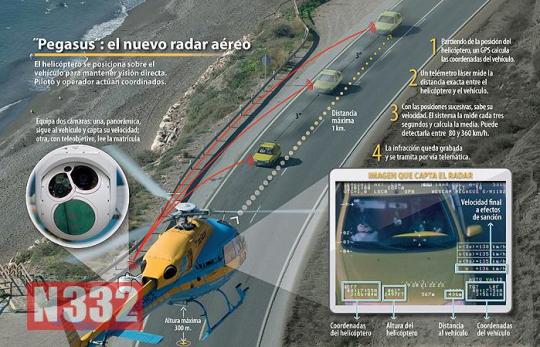 There are also additional roadside radars in place, as well as the new cameras monitoring seatbelt use, all aimed at making the roads safer by sanctioning, and hopefully educating, road users who put others at risk.