The Provincial Court of Málaga has confirmed the sentence of nine months in prison and a 2,100 euro fine for a motorcyclist who manipulated his number plate with black tape. 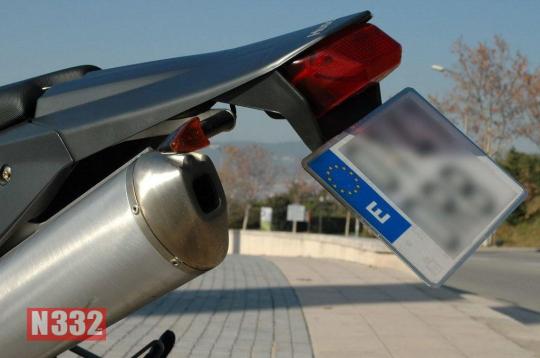 The incident occurred in November of 2015 when the police stopped the motorbike on the N-340 in Torremolinos.

The officers found that the number plate had been manipulated using black tape so that a letter “C” was made to look like a “G”.

The officers were of the opinion that the rider himself had placed the tape on the number plate in order to avoid detection and identification.

The man appealed the sentence as he claims it was an unnamed individual, a “funny man” who had placed the tape on the number plate in his place of work.

The court didn´t believe this version of events and rather believed the evidence of the officers who state that upon stopping the vehicle, the man attempted to remove the tape and made gestures which were thought to have been as a distraction.

Therefore, the court dismissed the appeal and confirmed the sentence given in the first instance of nine months in prison and a fine for fraud.