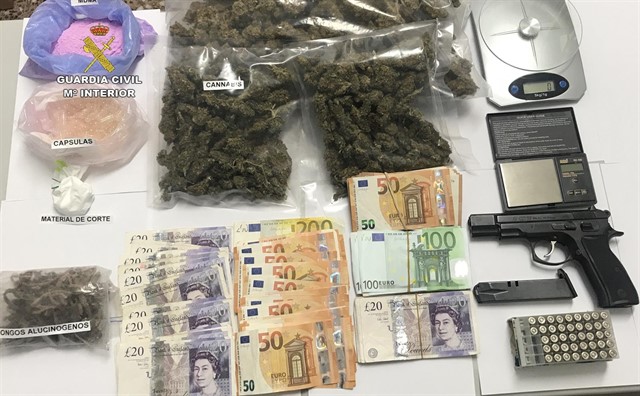 Officers from the Guardia Civil have dismantled a criminal organisation which distributed marijuana to an exclusively English speaking patronage. 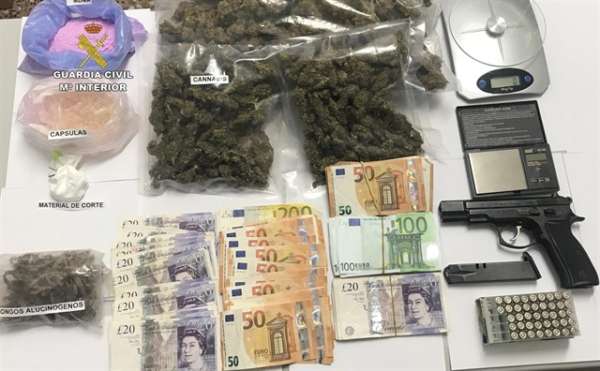 The arrests took place in Guardamar del Segura, Los Montesinos and Rojales, with four men, all said to be British national, arrested during the search of the homes.

The men have been remanded in custody pending a trial, as well as another one who was the subject of an international arrest warrant.

During the operation, 250 marijuana plants have been seized, along with 6 bottles of liquid cannabis, 250 grams of a substance known as ‘tucibi’ or pink cocaine, a pistol with ammunition, 10,000 euro in cash, 2 vehicles and a boat.

The investigation began in September when officers became aware of the distribution of ‘suspicious’ bags of compost from a house in Los Montesinos. The officers believed the items to be related to the cultivation of marijuana and set up observations.

The investigating officers then discovered that a number of smaller parcels were being sent from the property to Benidorm for distribution, these packages being identified as containing a substance known as the ‘monster’ type.

The four detainees, all British nationals aged between 31 and 64, and the fifth, wanted on the international warrant, have been remanded in custody by the courts in Torrevieja.