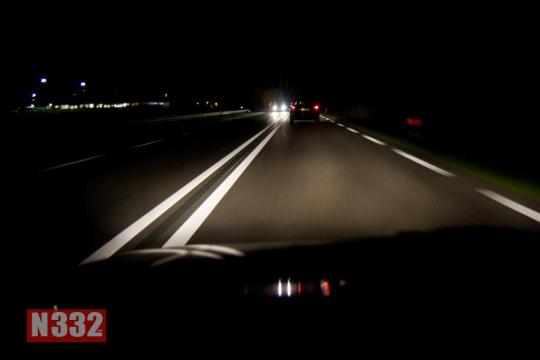 Tiredness, or fatigue, resulted in 177 deaths and 4,063 injuries, of which 589 were serious enough to require hospitalisation, in a total of 2,722 road traffic incidents in 2017, the last year for which complete data is currently available.

Of the total number of incidents, 2,722, the majority were on the secondary road network, the location where more serious incidents occur than any other road type. Of that total, 2,351 incidents with victims were on secondary roads, where there were 165 deaths and 3,574 people injured, of which 523 were serious.

July, August and September were the months of the year in which there more injury incidents due to fatigue than any other, whereas November, March, February and January respectively saw fewer incidents.

In terms of fatalities, the figure recorded month by month is very similar, although August and November stand out, both with 19 deaths. Similar to the number of incidents per month, February and March saw the least fatalities with 6 and 8 respectively.

Although the majority of fatigue related incidents occur during daylight hours of the working day, between Monday and Friday from 07:00 to 20:00, when there were 1,695 injury incidents which resulted in 105 deaths and 2,471 injuries the days with the highest number in a 24-hour period corresponds to weekends, and in particular Sundays, where there were 556 incidents, then Saturdays with 471 accidents, totalling 1,027, compared to 1,695 incidents between Monday to Friday.

Aside from the statistical data, fatigue is one of the most dangerous and common contributing factors to road traffic incidents, mostly because it is impossible to react to the situation until it is too late, resulting in very serious consequences.

Despite the risks, 55% of drivers in Spain admit to continue driving despite feeling drowsy behind the wheel, according to a study by Linea Directa which reveals 17 million drivers have suffered drowsiness behind the wheel and 8 million have experienced micro dreams.

Some of the habitual recommendations to fight drowsiness include resting well before undertaking a trip, and planning to avoid the most dangerous hours or long trips, especially at night. Make sure that you take a break every 2 hours or 200 kilometres travelled, do not tilt the seat too far back, ventilate the interior well, do not eat a large meal before driving, talk to your passengers and stay properly hydrated during driving. It is also important to try to avoid long and boring stretches, or take more frequent breaks, always respecting the rules of the road.

Advertisement
Related Topics:N332NewsPeopleSpainTraffic
Up Next