Buzzing Around the Environment
Advertisement 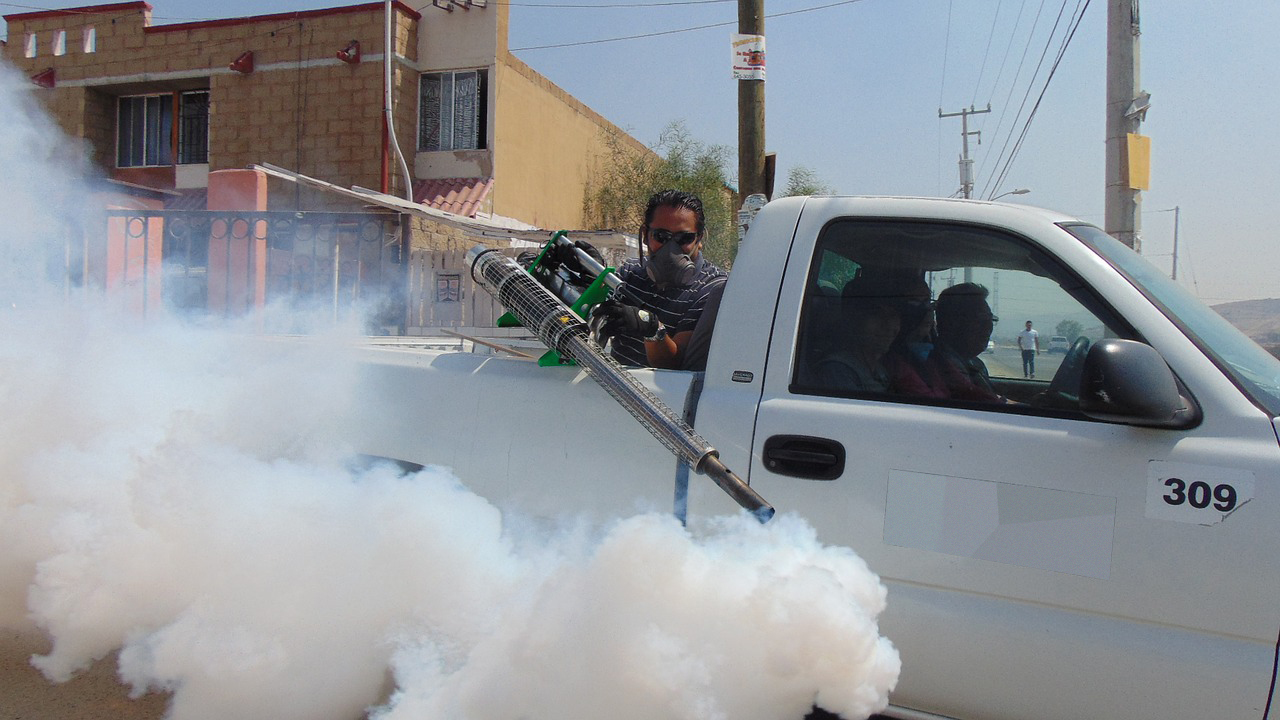 Although the occasional rains of summer may have been a brief but welcome break to the continual hot and dry spells of previous years, the rain has brought an unpleasant legacy along with it.

The extra rain through August has added water to the ground, feeding plants and animals, it has added to the dwindling supplies in the reservoirs, and it has topped up the local lakes, a naturally beautiful site in the area, but the home to what many people consider to be one of the worst insects ever created by evolution or a god, the annoying little creature called the mosquito. 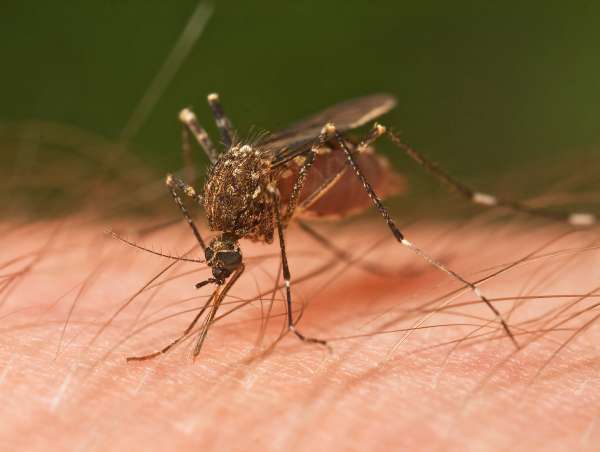 Nobody likes them, but they do perform a function in nature, as food if nothing else.

Last weekend, the beaches near Gran Alacant were as popular as we might expect at the end of summer, but the beaches soon emptied when a crown of unruly and uncaring blood-suckers turned up, as clouds of mosquitoes descended on the sandy area and scared the bathers away, with some people reporting receiving up to 60 bites.

The problem on the beaches of Arenales del Sol originated in the natural parkland at Clot de Galvany, home to many protected birds, where mosquitoes proliferate.

According to local neighbours, they have been denouncing the situation for years and asked to council to fumigate the area before the rains.

However, we must also remember that fumigation is poison. So the requests the human residents make to fumigate are as much a request to poison the land and the air that they breathe.

Not only that, the environmental impact of disturbing the ecosystem is potentially disastrous. A walk through the bird-rich area may reveal purple martins, swallows, geese, terns, ducks and migratory songbirds, but as all of these birds eat mosquitoes, the question of what would happen to them as their food source is killed off is of vital and potentially fatal importance. 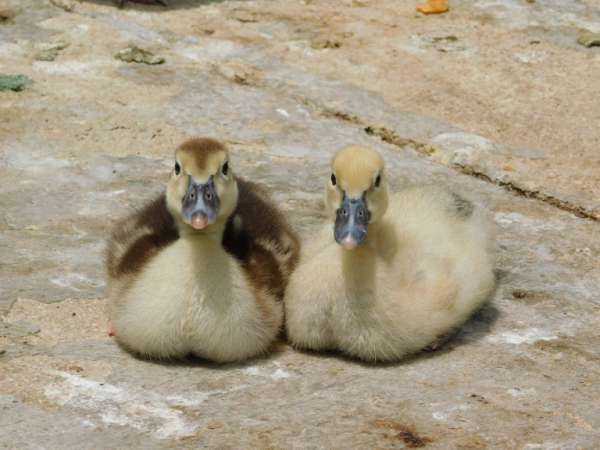 How far does the impact of pesticides reach?

Bats too eat mosquitoes, and with bats being protected in Spain as they face extinction, we have to question the same, what impact removing or poisoning a food might have on them.

It is also important to remember that areas such as Gran Alacant were built around the natural environment of Clot de Galvany, that environment was there first, and is no doubt a selling point for property in the area, but when the natural lands are destroyed or the ecosystem disturbed, the chances of it becoming a desolate wasteland increases.

Torrevieja faces a similar dilema. As the homes and businesses were constructed around the natural park land, the human inhabitants took over. Those living closer to the lakes have again complained for years, and the town hall have contracted a private company to spread poison to control the annoyance, but environmentalists have already noticed a reduction in some species of birds visiting the area.

It will perhaps come as a surprise however that in Torrevieja it is the supposedly environmentally focussed Los Verdes who are kicking up a stink demanding fumigation, seemingly ignorant to any potential damage that pesticides can cause to the environment, other insects, animals, the food chain, and even humans.

In a press release, the “greens” have denounced the “dereliction of duties” of the now ruling Partido Popular government, and their lack of action dealing with the “pests”. 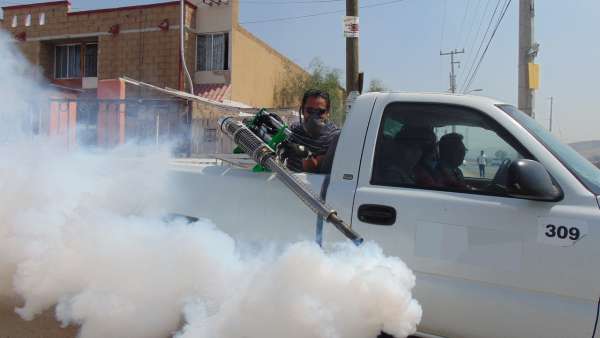 A “dereliction of duties” that the government hasn´t subjected residents to this, according to the GREEN party, Los Verdes!

Residents of most of the city are suffering from the proliferation of mosquitoes and cockroaches both in their homes and on the streets, they say, and have recorded complaints from La Torreta, Los Balcones, Via Verde, Acequión, amongst others, and they, “do not understand that in other populations, such as Alicante, there has been emergency fumigations to prevent the proliferation of these insects, especially after rains of recent weeks, while in our city has not taken action.”

There is a fear of mosquitoes within humankind, a trip to places such as Gandía will show huge publicity campaigns along the street warning of the dangers of the Tiger Mosquito for example, but for the majority, they are an often uncomfortable, sometimes painful annoyance.

Perhaps the solution is not a quick fix killing spree of poisoning the environment with chemicals, but a conscious approach to dealing with the problem might offer a more sustainable and equally effective solution.

Many towns who are concerned with ecology and sustainability are installing bat boxes near areas where mosquitoes live. In addition to mozzies, bats can help control the populations of beetles, moths and leafhoppers. Even the very presence of bats in an area can reduce insect populations as many insects can hear bats up to 100 feet away and will keep their distance from areas occupied by bats.

Moreover, this solution does not have to be in the hands of the authorities, you too can do your bit. For between as little as 10 to 30 euro, you could purchase your own bat box and install it at your home. Of course you will have to do a little bit of research to find the best location and method of operation, and it might not prove an instant success, especially as we must also remember that mosquitoes only form a small portion of a bat´s diet, but if more of these bat boxes were installed rather than spreading poison, even a small initial improvement is a bonus, not only as it provides a potential home for an endangered species, but it may well help to control the human´s intolerance of insects without the potentially poisoning consequences. 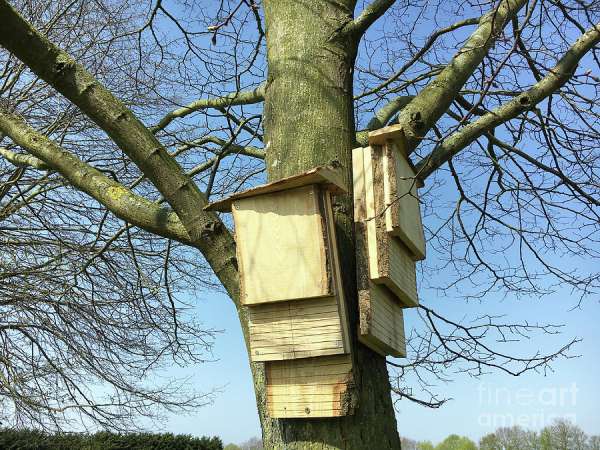 An environmentally sound method adopted by some administrations which help to preserve endangered species at the same time as controlling pests.

The King and Queen Set to Visit