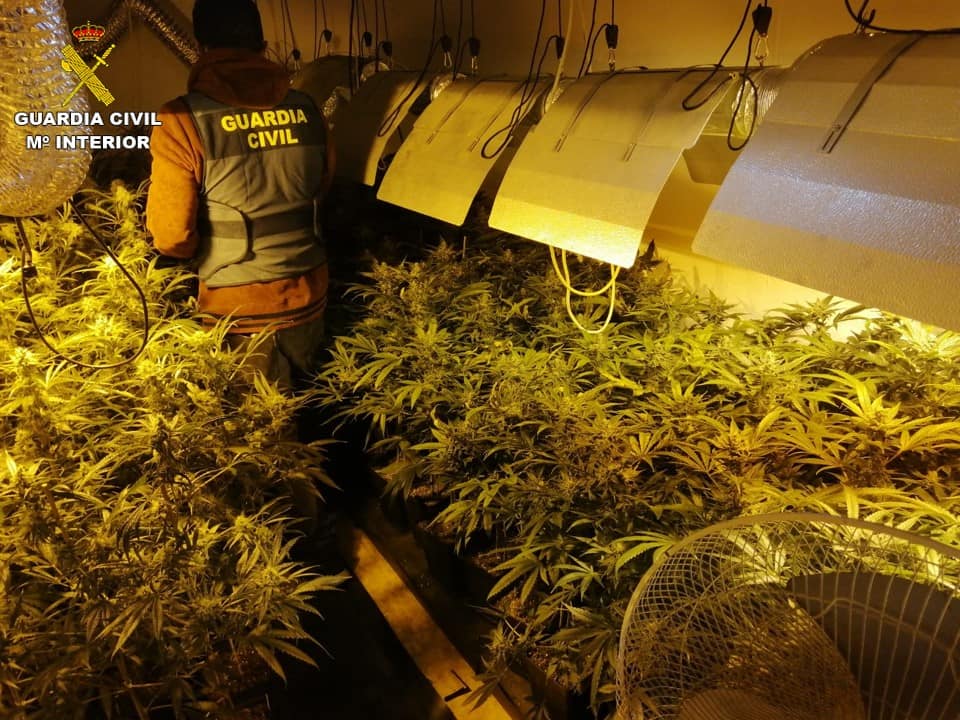 Officers from the Guardia Civil have arrested a number of members of an organisation that was dedicated to the planting and sale of marijuana, as well as the sale of cocaine. 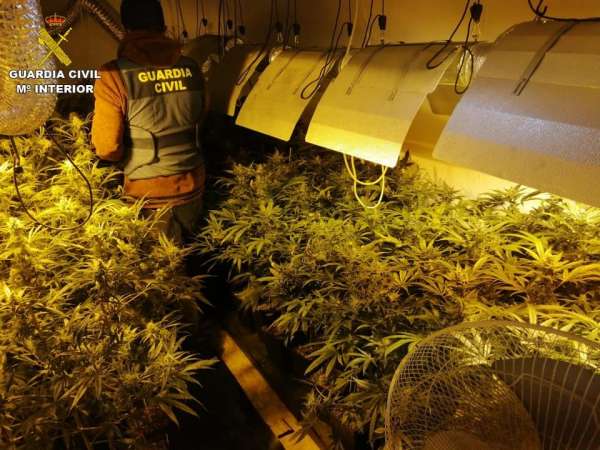 In the arrests, which took place last month, one of the detainees is an agent of the Torrevieja Local Police, who is alleged to have used his position to facilitate the distribution of the drug.

Operation “Sanillo” began in September and ended successfully in which the Pilar de la Horadada Judicial Police Team arrested 12 members of a criminal organisation dedicated to the cultivation and trafficking of marijuana in occupied chalets in the region of the Vega Baja.

Due to the numerous investigations carried out in this operation, the agents were aware that, apart from the dismantled criminal group, a member of the Torrevieja Local Police could be involved.

Due to these indications, a new line of investigation was opened and with it the “Sanillo II” operation. The investigations immediately led to a neighbour of the aforementioned agent, with whom he had direct contact, and it was discovered that this person was engaged in the “retail” of cocaine and marijuana, selling the substances both at his home located in the town of Orihuela Costa, such as its distribution in the towns of Orihuela Costa and Torrevieja. These shipments were sometimes made by the Local Police agent, who, to get hold of the narcotics, went directly to pick them up at this house, even accessing the interior of the home when the resident was away, since they had the keys.

At the same time, the agent took advantage of being in a position of awareness of police controls, in order to give security to the movements of the neighbour when she went out to distribute the drug to her “clients”. On one of the occasions, while providing service and while the perimeter closure remained on weekends between some towns in the Valencian Community, dressed in the uniform and in an official vehicle, she came to travel to Orihuela Costa, to go to the home of her neighbour and transfer one of the detainees to his home in the town of Torrevieja, in order to avoid police controls and be reported.

As a result of numerous police investigations, the Guardia Civil was aware that in this address there was an important marijuana plantation grown “indoors”, whose care and maintenance was in charge, in addition to the resident, of two more people. It was also possible to verify how on weekends the confinement rules were skipped, holding parties inside it, there being a constant drip of people entering and exiting, until the early hours of the morning.

Therefore, on March 18, the operation was exploited, for which the investigating agents also had the support of personnel from the Cynological Service (canine unit), and Citizen Security agents belonging to Torrevieja. This action has resulted in four people arrested, all males between 34 and 45 years of Spanish, Ukrainian and Italian nationalities, in addition to the 126 marijuana plants that existed in cultivation, numerous materials for their maintenance has been seized, 100 grams of marijuana leaves, 33 grams of marijuana buds, 20 grams of cocaine and another 247 grams of caustic soda used to “cut” it. In the same way, two vehicles have been requisitioned, 375 euro in cash, a compressed air pistol and a muzzleloader.

In the search, the agents were able to verify that the illegal plantation was in the basement of the house. In order to have access as little as possible and thus avoid the exit of odours to the public highway, the residents had mobile applications and surveillance cameras to control that the cultivation parameters were ideal.

Three of these detainees are charged with drug trafficking and belonging to a criminal group. The Spanish detainee, considered the leader of the organisation, in addition to these crimes, is accused of fraud of electricity. After being brought to justice, prison without bail is decreed for the Spaniard and freedom with charges for the rest. The fourth detainee was released after the investigation of the police proceedings.

Days later, specifically on March 22, the agent of the Local Police was arrested, to whom the crimes of drug trafficking, belonging to a criminal group and the omission of the duty to prosecute crimes were charged. After being brought to justice, release is decreed with charges and the prohibition of leaving the national territory.