The secretary of the Torrevieja Local Government Board, Federico Alarcón, reported this morning that last Friday the start of the contract file was approved for the “drafting of the project and construction management, management of work execution and coordination of health and safety of the completion works of the “Pabellón Blanco” of the Torrevieja Sports City. The tender budget for this contract amounts to 42,350 euro. Federico Alarcón has indicated that the works of this multipurpose sports hall have been paralysed since 2015. The work, which could begin from July to end in November, includes closing the ceiling of the two rooms on the upper floor, the installation of safety railings on the stairs and the ascent areas to the upper floor. Likewise, the floor will be replaced with a cushioning material throughout the installation except in the entrance hall, in the changing room area and in the toilets, which will be done with another material to be determined. 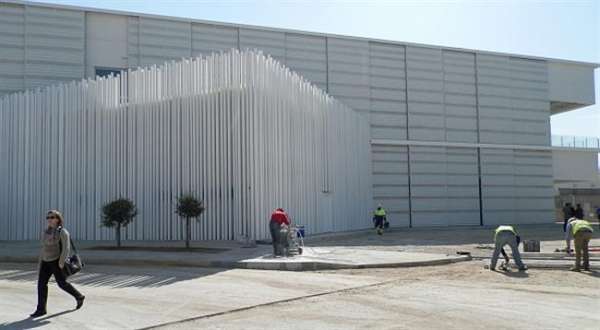 The Councillor for Quality of Urban Services of the Torrevieja City Council, Sandra Sánchez, states that through the inspection work of the Public Highway carried out by the personnel of the Department of Works and Services, the repair project of numerous streets and avenues of the municipality of Torrevieja, in the 2021/22 annuity, in which different streets requested by citizens and that require repair have also been included. As a novelty in this new Resurfacing Plan, it should be noted that numerous specific repairs to the road have been included, some of them due to the simple deterioration of the asphalt layer and other sections are those affected by tree roots. In both cases, these are actions on small surfaces without the need to resurface streets in their entirety. Sandra Sánchez has announced that once this project was approved last Friday by the Local Government Board (JGL), the contract for the bidding of these resurfacing and repair works of streets and avenues throughout the municipality of Torrevieja will begin shortly. The base bidding budget amounts to 2,400,686 euro (including taxes) and the total resurfacing area is 276,800 square metres.

Fire fighters from around the area battled a wildfire on Saturday, close to the pink lake in Torrevieja, which resulted in homes having to be evacuated. The Guardia Civil is now investigating if the fire was started deliberately. Some 20 hectares of land was destroyed in the blaze. 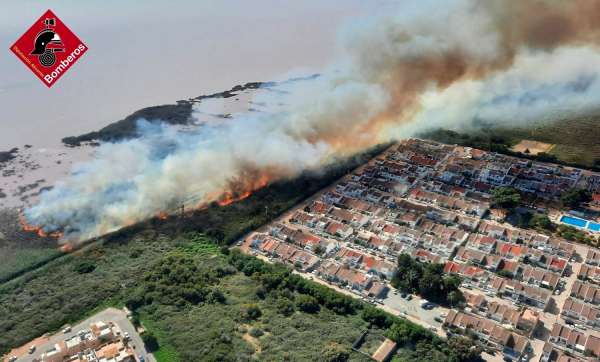 The Guardia Civil located the body of a man who disappeared on Saturday in the bay of Torrevieja while practicing paddle surfing. The man was located at 11:55 a.m. on Sunday morning following a search in the area.

An octogenarian from the Orihuela town of Desamparados, who killed her husband in 2019 by hitting him with a ceramic plate on the head, faces 15 years in prison for a crime of murder. The woman, who was 83 at the time, is accused of killing her 84-year-old husband by hitting him on the head with a ceramic plate. The man was left lying on the ground with a bone fracture, several bruises, and a wound from which he was bleeding profusely.

The company awarded the maintenance, conservation and repair of roads and public spaces in Orihuela Costa has sent a letter, addressed to the contracting body of the council, in which it communicates its intention to suspend compliance with the contract if the debt of 255,378 euro isn´t paid. There are already four invoices outstanding, those for December, January, February and March, to which the fifth invoice, the one for April, will be added this week, so the municipal debt will exceed the 319,000 euro, plus the corresponding compensation for collection costs.

Mar Ezcurra, Orihuela´s councillor for culture, has presented “Música en primavera”, a wide and varied program of concerts in which bands and musical associations from the municipality of Orihuela will participate. The festival includes 14 concerts that will be held on weekends, at 8 p.m., in the Teatro Circo Atanasio Die and in the Auditorium of La Lonja, in the Auditorium of San Bartolomé and on the Esplanade of Playa Flamenca in Orihuela Costa. All performances will be free to enter until full capacity is reached and will comply with all pertinent sanitary measures.

The Department of Agriculture of Orihuela Council has published 300 posters that will be distributed by the schools, institutes and supermarkets of the municipality to promote the consumption of fruit and vegetables, coinciding with the celebration in 2021 of the ‘International Year of Fruit and Vegetables’.

This week´s there will be disruption to the power supply for maintenance work with the following scheduled: Tuesday – Elche, Gran Alacant, Orihuela and Santa Pola, Wednesday – Elche and Orihuela Costa, Thursday – Santa Pola and Torrevieja, and Friday – Alicante, Almoradí and Daya Nueva, as well as other areas throughout the week. The power cuts are scheduled to last for about 30 minutes.