Torrevieja and local news for Thursday 20 May 2021
Advertisement 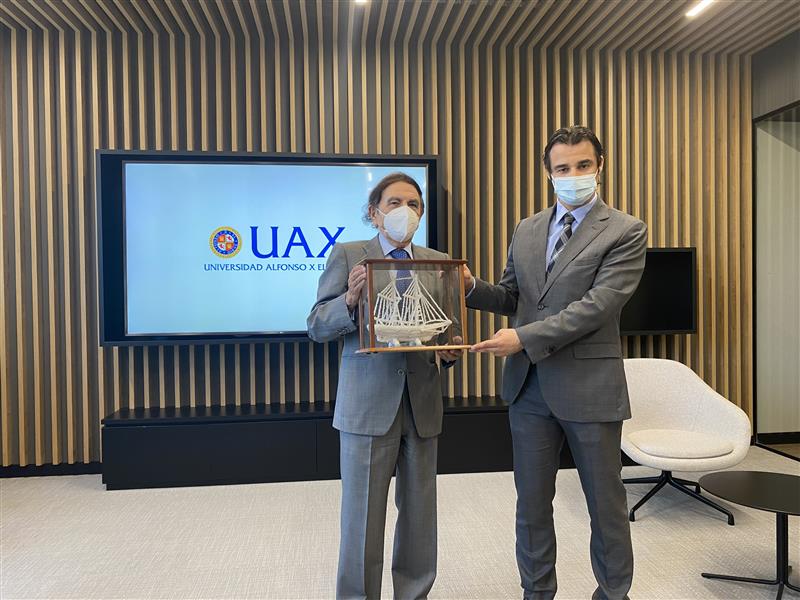 The mayor of Torrevieja, Eduardo Dolón, and the president of the Alfonso X el Sabio University, Jesús Núñez Velázquez, have signed this morning in the meeting room of the Madrid university, a collaboration agreement to develop projects of cultural interest, training of professional activities and social innovation. For the mayor, the signing of this collaboration agreement has been an honour for what it means for a city with a great musical tradition and, especially, for its International Habaneras and Polyphony Contest. 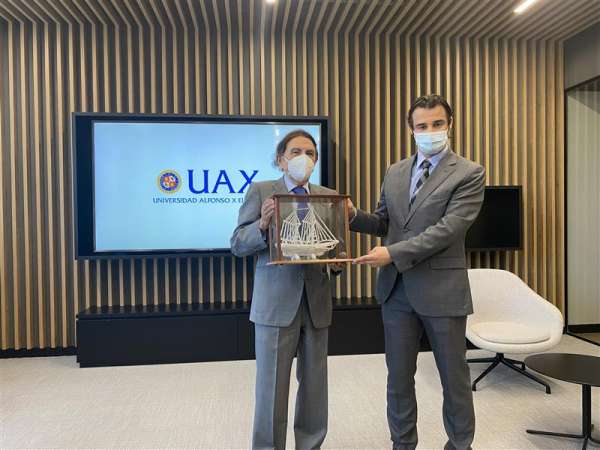 The Torrevieja Health Department, part of the Ribera health group, has organised for the second consecutive year a virtual meeting for future resident doctors who must choose the postgraduate teaching centre in which they will take their residency. The objective of this initiative, which will have a reduced face-to-face capacity, is to publicise first-hand the characteristics of the health department, its facilities, existing specialties and the teaching on offer.

The Banco Obrero de Torrevieja organisation has announced that their next food distribution event will take place on Saturday at 5:00 p.m. on Calle Concordia number 22, five minutes from the Plaza de la Constitución. The organisation offers support to working families of the municipality and highlights the lack of support offered by the council to these families. The act is public, it will be the fourth open distribution they have made since it was founded in the town last December, since then they have managed to weave a neighbourhood network of support and work with which they manage to carry out weekly collections and food distributions to the beneficiary families registered in the organisation.

The Capella and the Escolanía meet again this Saturday, after more than a year, to offer the ‘Concert of the Festa’ or ‘Misteri d’Elx’. The performance will be at the Torrevieja International Auditorium on May 22, at 8:00 p.m. Tickets on sale at www.auditoriotorrevieja.com.

From Friday to Sunday, radio-controlled sailors with their radio-controlled models will meet at the RCNT in Torrevieja for a mini regatta field at the IV Torrevieja International Meeting IOM. The event will bring together about 40 participants from 15 different Clubs, including sailors from France. The organisation is run by the Real Club Náutico Torrevieja, with the collaboration of the Sailing Federation of the Valencian Community and the Royal Spanish Sailing Federation.

Almoradí will allocate the largest investment in its history to the development and improvement of the municipality. The works total 12 million euro and will affect a large part of the municipality, including districts and industrial estates, and focus on infrastructures, public spaces and roads.

The Guardia Civil, together with the Local Police, arrested two people on suspicion of the theft of jewellery, watches and other valuables committed under the well-known “hugging method”, in the town of Crevillente.

Elche council has declared all its beaches “smoke-free” in order to protect the environment and human health. Esther Díez, councillor for the environment, stated that “with this action we are making a contribution to the natural space that our beaches make up”.

The President of the Valencia region, Ximo Puig, has announced a meeting with the British ambassador, Hugh Elliot, at the embassy in Madrid on Monday to “find an agreement that allows British tourists to return to the Valencian Community”. The president also announced that the vaccination of people over 30 years of age will begin in the month of July and that the immunisation process will continue without any interruption during the summer period.

Torrevieja and local news for Friday evening 21 May 2021

Torrevieja and local news on Wednesday 19 May 2021