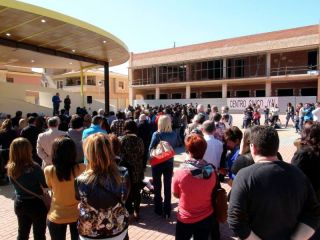 The Valencian Community has increased its population by almost two million in the last 50 years, especially the province of Alicante, where the number of residents has doubled in half a century, with an increase of 103.52%.

Historical data from the National Statistics Institute (INE), which began in 1971 and which have just included the first half of this year, make it possible to draw a map of depopulation in Spain within the framework of the constant demographic growth of the country as a whole.

At the national level, seventeen Spanish provinces of seven autonomous communities, almost all of the interior and the north, have lost close to one million inhabitants in the last 50 years, half a century in which another 10 provinces, most of them coastal, have seen an increase its population in more than 10 million people.

Those 17 provinces, which account for 43.7 percent of the surface of Spain, but only 12.68% of the residents, are Jaén in Andalusia; Teruel in Aragon; Asturias; Ávila, Burgos, León, Palencia, Salamanca, Segovia, Soria and Zamora in Castilla y León; Ciudad Real and Cuenca in Castilla-La Mancha; the two provinces of Extremadura, Badajoz and Cáceres; and Lugo and Ourense in Galicia.

Related Topics:ValencianValencian Community
Up Next