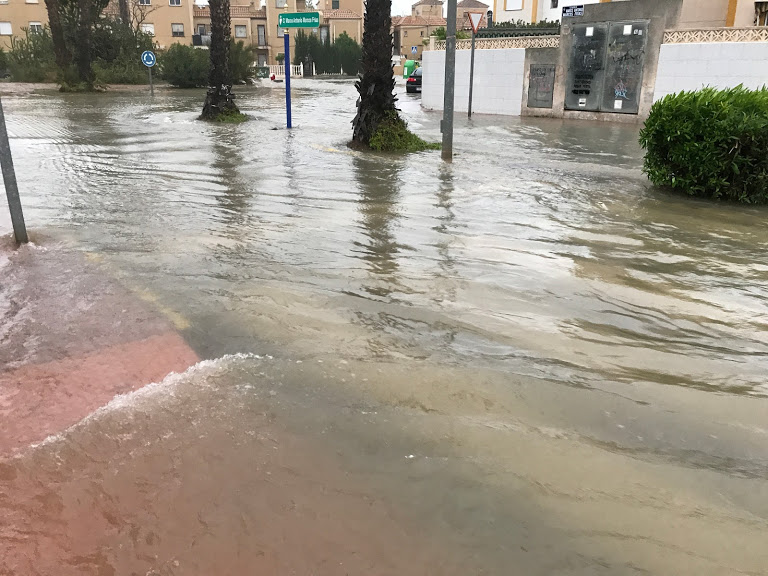 The Minister of Territorial Policy, Public Works and Mobility, Arcadi España, has announced in Rafal that the Generalitat has already transferred 16 million euro aid for rainwater drainage and retention systems to the municipalities of the Vega Baja, framed in the Vega Renhace Plan.

“Today an important step is taken, the investment of 16 million euro by the Generalitat in the Vega Baja begins to materialise, which has already been transferred to all city councils, to carry out actions that protect the area against future episodes of rain, such as rainwater drainage and retention systems “, explained Arcadi España.

Likewise, the Public Works spokesperson stressed during his visit to Rafal the importance of continuing to act “in two fundamental areas for the economic development of the Vega Baja; more investment is necessary and, in addition, ordering the territory in a dialogue manner, to be stronger in the face of torrential episodes that may occur in the region. ”

“La Vega Baja is a fundamental region for the Valencian Community, which for many years has not received the necessary investments,” said the Minister who, in turn, has highlighted the investment effort of the Generalitat in the area. “After DANA, the residents of the area and the administrations have learned that it is necessary to invest in a forceful way to prevent, as far as possible, the effects of torrential rains, while boosting the economy and it contributes to generating employment “.

This was the opinion of the head of Territorial Policy, Public Works and Mobility after holding a working meeting with the mayor of Rafal, Manuel Pineda, the commissioner of the Vega Baja and director of Vega Renhace, Antonio Alonso and the undersecretary of the Department of Territorial Policy, Public Works and Mobility, Rafa Briet, in which he has detailed the project in which the aid received by this city council will be invested, which will amount to 400,000 euro.

With the set of aid of 16 million euro, the regional Executive makes available to the municipalities of the Vega Baja an additional instrument to, in addition to improving their response capacity to new episodes of torrential rains, promoting the generation of employment and the economic and social recovery of the region. In total, 27 municipalities in the region will benefit with a set of 46 different actions.

Related Topics:Vega Baja
Up Next