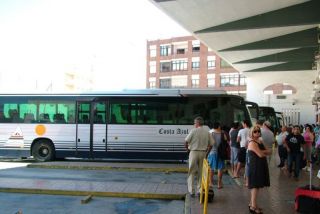 The Ministry of Territorial Policy, Public Works and Mobility has put out to tender the public road passenger service CV-214 Torrevieja-Alicante and CV-301 Valencia-Benidorm, which are part of the new regional network of interurban public transport.

The person in charge of the Conselleria, Arcadi España, has explained that the public transport service CV-214 will serve mobility between Torrevieja and the rest of the towns on the Vega Baja coast with Elche and Alicante, and the CV-301 service, València- Benidorm, improves the connections of València and Gandia with the main municipalities of the Marina Alta and the Marina Baixa.

Thus, he underlined, “with these two new contracts, the Generalitat will attend to the mobility needs of a total of 28 municipalities that group a population of two million inhabitants”. In addition, as he pointed out, the provision of these services will not require financial compensation from the Generalitat, since the expected expenses and income allow them to be exploited without a deficit.

As the minister has highlighted, “these tenders represent a further step in the reorganisation of the regional interurban public transport network by road, and give continuity to the three concessions tendered in the last quarter of 2021, the CV-302 València-Alacant/ Elx, CV-202 Les Marines-Alacant and CV-211 Elche Rodalía, and the two currently under tender, CV-008 Alto Palancia-Sagunto-València and CV-112 Xàtiva Nord”. The rest of the services, which make up the new network, will continue to be tendered during this year, he added.

For Arcadi España, “this reorganisation aims to improve the quality of service provision, increase accessibility to the public transport system and make it easier to combine it with other modes of transport to provide a more effective response to the mobility needs of the population.”

The concession will have a minimum number of 19 buses that, together, will carry out nearly 1.3 million commercial kilometres and more than 26,600 shipments per year, which is equivalent to an average of 73 shipments per day.

In this way, through eight lines, it will maintain the level of service and functionality of current mobility relations and will strengthen direct connections with medium-long distance transport nodes, airports and AVE stations in Alicante and Elche, the health centres, especially the Hospital of Torrevieja, as well as the University of Alicante, while favoring the interconnection between the municipalities of the coastal axis Pilar de la Horadada – Orihuela costa – Torrevieja – Guardamar del Segura, and the axis Guardamar – San Fulgencio – Dolores – Catral.

The new contract will serve a population of 1.1 million inhabitants. It will have a minimum of 12 buses, which will cover nearly 1.9 million kilometres per year and more than 12,200 shipments per year, an average of 33 per day, between the four lines that make it up.

This service will integrate the structural relationships between Valencia and the main urban centers that make up the coastline up to Benidorm. It will also maintain the dynamics and functionality of the current lines and several improvements are incorporated, such as the connection with important tourist centers such as Altea, Dénia, Jávea, Benissa and Gandia.