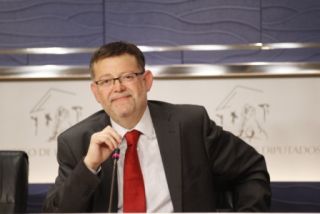 The president of the Generalitat, Ximo Puig, has announced in Les Corts that the Reactive Plan, the Valencian response to the crisis generated by the invasion of Ukraine, will include a bonus of 100 euro per month for three months for the self-employed and the self-employed who have been affected by the increase in energy prices.

It is an initiative that is part of the Reactive Plan, which will be presented this Thursday together with the social agents at the Palau de la Generalitat and for which some more measures have already been advanced, such as the increase of up to 30% of the bonus of energy aid in the Valencian Income of Inclusion or the reduction of 10% of the rates of the Generalitat.

The president has defended the response given by the Consell to the pandemic, which will now continue in the face of the crisis caused by the war in Ukraine, with the work to strengthen the “social shield” undertaken since 2015, an effort which has made it possible to increase investment in health, education, inclusive policies, employment and housing. As an example, he underlined that the number of beneficiaries of dependency has increased from 41,000 to 122,000 and that the Valencian inclusion income has gone from protecting 23,000 people to 75,000 today, more than three times more than with the previous government.

“That is why we approved the most social Budget of the Generalitat in history”, said Puig, who underlined that citizens expect from their Government “decency, which it has, honesty, which it has, and management, which it has” . “That is our route, our itinerary; let’s not waste a minute of time on other things,” he added.

Related Topics:
Up Next