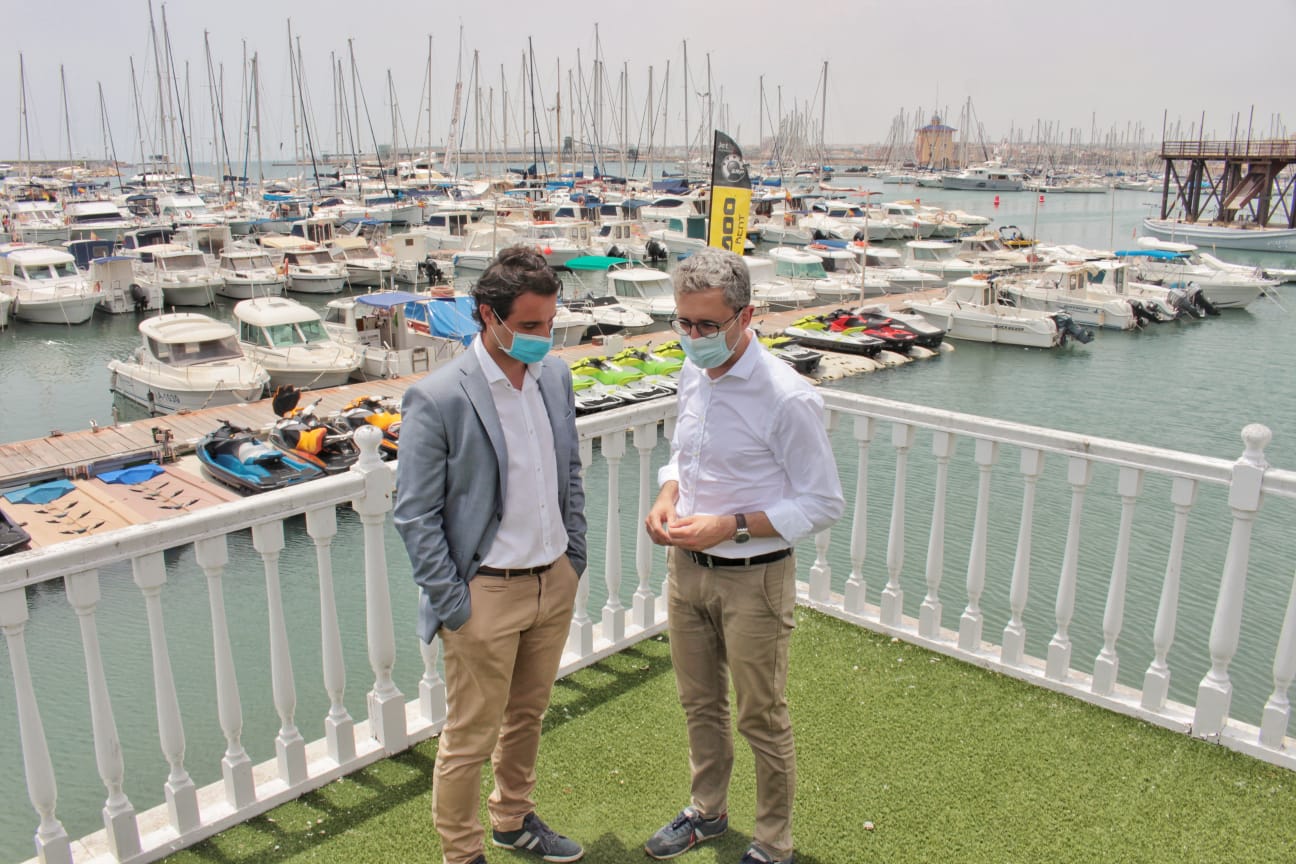 The Minister of Territorial Policy, Public Works and Mobility, Arcadi España, has announced in Torrevieja that “fishermen operating in the Valencian Community will be exempt, in the ports of the Generalitat, from the fee for the first sale of fresh fish during the next six months from the approval of the decree that regulates it”.

This initiative, the minister stressed, will have an estimated cost for the Generalitat of 700,000 euro and will benefit 15 brotherhoods and 395 booths occupied by fishing boat owners.

As the person in charge of Puertos del Consell has recalled, “currently fishermen pay the G4 rate, and it represents 1 per thousand of the value of the first sale of fresh fish auctioned, with this tax exemption, from the Generalitat we want to minimise the adverse effects that the situation created by the war in Ukraine is having for the productive sectors”.

This initiative is part of “the framework of the ReActiva plan, presented by President Ximo Puig, of exceptional measures to deal with the current situation, along the same lines as what was recently agreed by the Council of Ministers in state ports of general interest “, explained the Minister and announced that “it will be included in the Generalitat’s 10% General Rate Reduction Decree that the Consell plans to approve in the coming weeks”.

Also, Arcadi España has added that “this initiative will mean savings for a sector, that of fishing, already severely affected by the crisis and which represents the livelihood of many families, in addition to safeguarding traditions and being essential for the revitalisation of our ports.

In this sense, he stressed that from the Ministry “we are supporting our ports, in these last two legislatures we have increased investments and already during the pandemic we have taken measures to alleviate the effects of the crisis, in short, we continue working to improve, adapt and make our ports more accessible and be able to promote an ecological and digital transition”.

In the port of Torrevieja, Arcadi Spain has monitored the works of the Lonja and the remodelling of the Customs building that will house the offices of Ports de la Generalitat and that are part of the complementary actions of the municipal concession to build a leisure and business.

The minister has put this action in the Port of Torrevieja as “an example of the joint work between Generalitat, city council and private businesses” and has valued “the public-private collaboration in these difficult times so that a project of 20 million euro, which It is going to change the entire maritime façade, it is a reality that is already underway”.

In addition, in the port of Pilar de la Horadada, the Minister has presented the reference conditions for the operation of the nautical-sports facility in Torre de la Horadada.

The concession for the operation of this nautical-sports facility dependent on the Generalitat will be granted for a period of 35 years and the planned investment amounts to more than six million euro. The new concession includes as obligations of the concessionaire the execution of a series of urbanisation, building and port works.

Thus, the remodelling of docks and pontoons is considered necessary, so as to guarantee an adequate provision of services and facilitate operation. Currently, in the Torre de la Horadada Dock there are 539 moorings. Similarly, the redevelopment of the port area is planned, including the renewal of service networks. The proposal must take into account the integration of the installation in its environment.

Also, a structural analysis of the breakwaters and docks will be carried out. In addition, a dredging will be carried out by zones and the rehabilitation of the main building of the yacht club is proposed and the slipway/workshop building will have to be replaced.

As for sports activities, a program to promote sailing will be designed and the improvement of the facilities is planned by grouping them together and will include a building with changing rooms, classrooms, and toilets, areas for training and a storage area for sports boats and material for the practice of water sports.

Advertisement
Related Topics:
Up Next

Quirónsalud Torrevieja: 20 years as a benchmark in oncology treatment