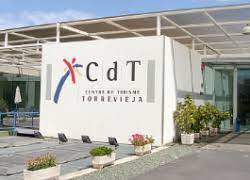 The general director of Turisme, Herick Campos, has met this Wednesday with the mayor of Torrevieja, Eduardo Dolón, to evaluate the possible means of communication that allow the new training program in hospitality and tourism aimed at Ukrainian refugees and promoted by the network of Tourism Centres (CdT), that was successfully implemented in Torrevieja.

It is a training plan that has the objective of providing Ukrainian citizens residing in the Valencian Community with the minimum professional training to join tourism jobs, in addition to facilitating the best possible integration.

The meeting held at the CdT of Torrevieja, and which was also attended by the director of the centre, Alicia Arenas, who has transferred the proposal that has previously agreed with the Ukrainian organisations in Torrevieja, has served so that both the regional and local administrations, coordinate to implement the training program in the municipality and region.

In this regard, Campos has declared that the objective is “to help channel registrations and ensure that this opportunity for tourist training reaches Ukrainian refugees immediately and adapted to their needs.”

For the director of Turisme “it is very important that during all the time they are in Torrevieja and in the Valencian Community, they have the maximum comfort, assistance and coverage by the administrations”.

Herick Campos, who has been in favour of “incorporating talent to Torrevieja and the region”, has urged those interested in training through this cycle, which at the moment includes basic training in tourism, to also enrol in Labora, to better channel the demand and job offers from tourism companies in Torrevieja and Vega Baja.

The mayor of Torrevieja, Eduardo Dolón, for his part, has also shown himself willing to collaborate in the planning of the necessary training for the labour incorporation of this group, as well as in the dissemination and effective communication of this training plan promoted by Turisme Comunitat Valencian.

7.1 million euro in aid to tourism in Torrevieja

On the other hand, the general director of Turisme has thanked the work and effort of the tourism sector in the area for “having resisted and continuing to work to offer a diverse and quality offer”.

In this line, he recalled that more than 7.1 million euro have been allocated to Torrevieja through aid from Turisme and the Generalitat, with plans for the tourism sector to alleviate the effects of the crisis caused by the covid -19.

This training cycle currently offers the ‘Food Handling’ course, which enables you to work in the hospitality industry, lasting 5 hours and which began to be taught last Friday, April 8, at the CdT in Benidorm. The plan will also offer training in ‘Basic kitchen operations’, ‘Basic room operations’ and ‘Basic floor and cleaning operations’, each lasting two weeks.

The courses are taught in the Ukrainian language with material in their mother tongue, they are free, face-to-face and will be organised in those CdT for which there is a minimum of necessary students.

After this meeting, the general director of Turisme has highlighted the occupancy forecasts for Easter in the province of Alicante. In this regard, he stated that according to the results of the survey carried out by Turisme this April, “the hotels on the Alicante coast, not including Benidorm, already register an occupancy of 75% on confirmed reservations for these holidays.”

For its part, Benidorm has a forecast of 90% of its places. And with regard to inland hotels, the province of Alicante already has more than 66% reserved for these days.

Campos has stressed that “with last-minute reservations and the most favourable weather forecast, it is even possible to come close to the complete one on the coast of the Alicante province.” These are “very positive figures, which reach pre-pandemic levels”, he added.

Regarding air connectivity, he stated that “the current reservations of reserved seats by airlines allow us to affirm that, in terms of international tourists, it will be a good season for these days of Easter, and they even anticipate a dynamic summer in the province “.

Related Topics:TorreviejaTurisme Comunitat Valenciana
Up Next