Ten places to visit away from Torrevieja 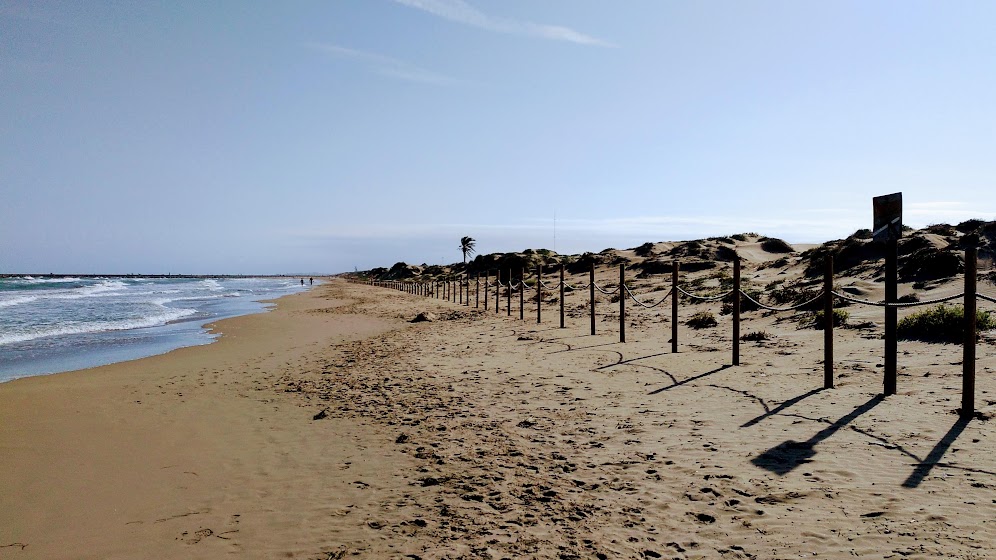 The beaches of Torrevieja are popular with sun worshippers, but if you prefer to get an all over tan, then you have to go elsewhere, but the good news is, not too far.

According to the director of the Costa Blanca Tourist Board, José Mancebo, “All western consolidated destinations, such as Portugal or Greece, have this type of beach where it is accepted, both by users and non-residents”, and the Alicante province is no exception, in fact some of the nudist beaches on the Costa Blanca are rated amongst the best in Spain.

So, where to go to avoid tan lines:

The beach at Els Tossals in Guardamar del Segura is one of the closest nudist beaches to Torrevieja, only about a 20-minute drive. It is also one of the largest sandy beaches that is included among the nudist beaches in Alicante. With 1,600 metres there is no need to worry about finding space for the umbrella. And if you want even more space, there is the adjoining playa del Rebollo, in the municipality of Elche.

El Carabassí beach is also not too far away from Torrevieja either, only about a 40-minute drive away. From the rocks to the dunes and extensive sandy shores in Elche accompanied by its pine forests. It has a blue flag thanks to the services it includes, which also attracts a large public. The most nudist area is to the south, towards Santa Pola. As indicated by Costa Blanca Tourism and the Spanish Tourism Federation, it is one of the chosen ones on the coast of the province by naturist families.

One of the most outstanding for its tradition, as highlighted by Tourism Costa Blanca, is this cove that is located between Benidorm and La Vila Joiosa. Precisely because of its difficult access and secluded character, they define it as “one of the great secrets for lovers of nudism in Alicante”.

The set of coves in Cabo de la Huerta, also attached to one of the most visited beaches. Cala Palmera and Cala Cantalares differ from the other proposals for their large flat rocks and the calm of their waters.

From the south of the Alicante coast, to the north. And from sand to rock. That is the contrast that leads us to Dénia, to the set of coves that make up playa de Les Rotes. Its popularity is such that, as both guides indicate, it is known in the area as La Cala. They are eighty metres long that invite you to enter the water to dive with only your diving goggles on.

Neighbouring Xàbia hides several coves that are difficult to access, like this one to the south of the municipality, which is recognized as one of the most valued for nudism. To get to this gravel beach, you have to follow a path between the pine trees that frame it like a small Mediterranean paradise.

This cove in Poble Nou de Benitatxell will be the one that offers the greatest challenge for those who wish to visit the nine recommended ones. In fact, the guides suggest that the entrance be made by sea, since it is very steep by land. Perhaps because of so many complications, those who enjoy it prefer to forget about carrying swimsuits.

Altea slips between these proposals with a cove that also slips between points with a greater public such as its two marinas. From here you can also enjoy L’Illeta and L’Illot.

The tour ends in Campello. In its extensive coastline is this area also known as Cala Cuartel. If among the others there were several that were difficult to access, this one can even boast of having a nearby TRAM stop, the so-called Cala Piteres.

As it is the closest option to Torrevieja, we do have to mention the beaches of Orihuela, where a number of people do go nude on some of the beaches, particularly those in more difficult to reach areas such as Cala Mosca, but in doing so we have to point out that these are not official nudist beaches, and so cannot be included in the guide.

Ten places to visit away from Torrevieja