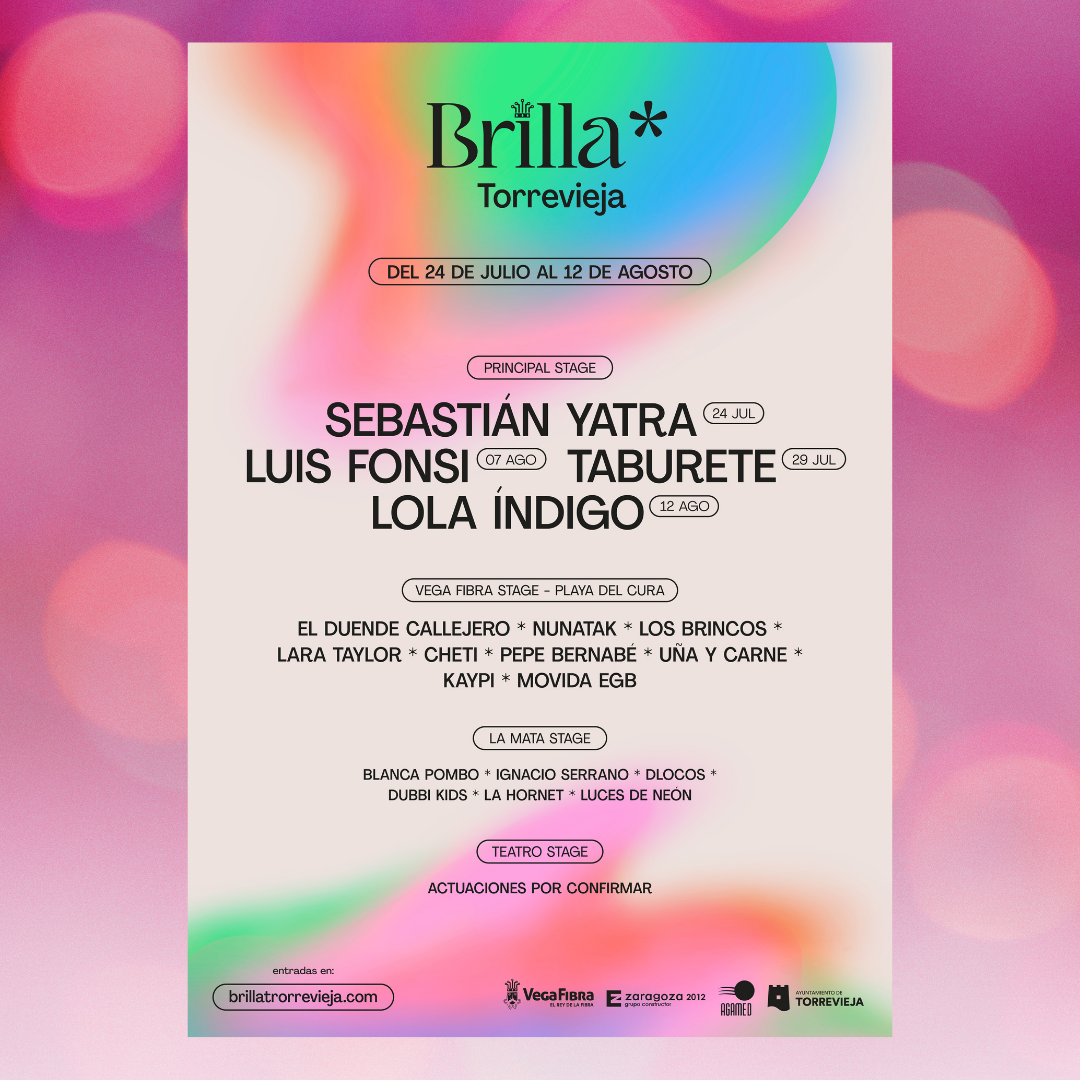 For the third time, Brilla Torrevieja will bring popular musicians to Torrevieja in summer 2023, for the latest festival that will start on 30 July 2023.

Brilla Torrevieja will take place on various dates from 30 July to 20 August 2023, with national artists such as India Martínez (Sunday, July 30), Melendi (Thursday, August 4) and Loquillo (Saturday, August 12), the promoter of the event, Javier Riquelme, revealed at the FITUR tourism event in Madrid.

The rest of the artists who will perform at the Parque Antonio Soria concert venue have yet to be revealed, but the organisers say that they will be accompanied by sports, children’s and cultural activities.

The promoter is putting special “box” tickets on sale, which will include the chance to see the artist of your choice, hotel accommodation, and an accompanying souvenir magazine, which includes information about Torrevieja.

The last edition of the festival took place over 20 days, with three stages located in three tourist areas of the city. The main stage, which was located in the Antonio Soria Park, received national and international artists such as Sebastián Yatra, Luis Fonsi, Taburete and Lola Índigo.

More than 50,000 people enjoyed a summer full of music, which had a direct and indirect economic impact on the city of almost 3 million euro, according to the press release issued this week after FITUR, which is somewhat lower than the 8 million initially reported by the town hall in their press release of August 2022.