Whilst we are feeling the heat of summer, much of Spain remains on high alert for the risk of forest fires. The dry land and strong sun cause a heightened risk of occurrences. 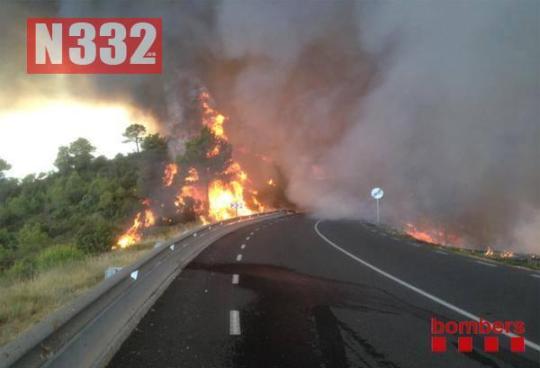 Some of you may already be aware of the “fire triangle” or “combustion triangle”, a simple model for understanding the necessary ingredients for most fires. The triangle illustrates the three elements a fire needs to ignite: heat, fuel, and an oxidizing agent (usually oxygen). It´s sometimes simplified into the elements of heat, something to burn and oxygen. The removal of any one of the three elements of the triangle means that fire cannot take place.

Oxygen is present in the air, so there is not a lot we can do about removing that risk. Similarly, there is little that can be done to remove the fuel of forest fires, the dry trees and shrubbery themselves, but there is something we can do about the heat source, the ignition.

In Spain, it is estimated that more than 80% of all forest fires are caused by human interaction. In America incidentally the figure is as many as 90%.

Whereas some of those fires are started deliberately, and the reason for those fires is usually down to the individual concerned, the vast majority are caused by accidental ignition, but accidents can be prevented.

Through simple awareness and action we can all do something to reduce the risks of forest fires. Taking all your rubbish home and depositing it in a safe place is one easy task. You probably remember old TV public service announcements about how glass can start a fire, but any litter can be a contributing factor to fire.

Burning embers from summer BBQ´s are a common source of ignition, so these too must be disposed of correctly.

Smoking paraphernalia is perhaps the worst contributor however. Throwing a smouldering match or an almost extinguished cigarette butt is a recipe for disaster. If you do smoke, make sure that you dispose of all of your smoking materials safely and correctly, not just on the ground.

There are a variety of processes implemented to try to reduce the risk of fire, including a ban during the hottest months on farmers and industrial locations starting controlled fires, and there are also fines for individuals caught risking the threat of fire, such as throwing a cigarette out the car window?

If you do throw a cigarette out of a car window, lit or otherwise, you could be risking the lives of many people as forest fires are relentless and run so easily out of control, therefore you will be fined on the spot if you are spotted.

The law is quite clear, “No person in any vehicle shall throw or discharge from or upon any road or motorway or adjoining area, public or private, any lit or non lit cigarette”.

If you do get caught you face a fine of 200 euro and 4 points deducted from your license. Do it more than once and you are getting closer to a ban.

It might seem harsh and expensive, but when you consider the damage that can be caused by laziness or sometimes simple stupidity, you might soon realise that it is not expensive at all, so please don´t do it for everybody´s sake.

The post High Risks of Forest Fires appeared first on Driving In Spain.