Following on from our introduction to checking tyres, we are going to look at some of the elements and details of vehicle tyres and the importance of what they mean.

Knowing how to read a tyre forms part of the driving test in Spain, which is testament to how important the DGT feel the subject is. We have already said that they are arguably amongst the most important elements of a vehicle, and often the most abused, but sadly, they are often the most neglected.

It is important that the vehicle´s tyres are of a high quality, not least because of the wear and tear they suffer, investing that little bit more in a tyre could make the difference between life and death.

We have already detailed what the figures around the tyre mean but we will go over them briefly again as a reminder. If you look at the side of the tyre you will see a sequence which looks something like this sample, “195 / 55 R 16 87V”. Here, “195” refers to 195 millimetres, the nominal section width of the tyre. “55” is 55%, the aspect ratio, representing the height of the tyre sidewall as a percentage of the nominal section width, i.e., in our case, 55% of 195mm. “R” stands for radial construction. “16” is the diameter of the tyre´s inner rim, this time in inches. “87” is the load capacity of the tyre. “V” indicates the maximum permitted speed. There is also the stamp indicating the week number and the year of manufacture.

We want to look specifically at the load capacity of the tyre this time. As the summer holiday season starts, it is quite common for the family car to be loaded up for a long journey cross country, perhaps even across the continent, and the amount of cargo, as well as passengers, often increases compared to our normal daily commute.

That is why we have to ensure that the load capacity of the tyre can handle the extra weight we place in the vehicle. Overloaded vehicles quite literally weigh down on the tyres which can increase the risk of uneven wear and the dangers that poses, but also hugely increases the risk of a “blow out”, which in turn could have fatal consequences. 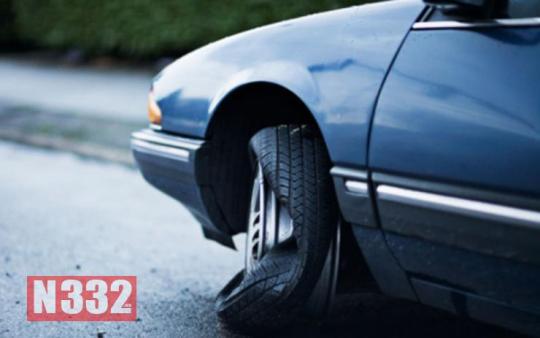 Sadly, for the average driver, they don´t make it too simple for us to immediately see what the load capacity is, as the number in the code needs to be converted to a weight. In our example, 87V, the tyres can carry a maximum load of 545 kilograms. Keep in mind though, this is the total maximum weight of the vehicle. It also shows why it is important that all the tyres on the vehicle match, as if they are different, the load capacity may be lower.

In our example, the letter “V” refers to a maximum speed of 240 kilometres per hour, but speed limits must be maintained by the road and conditions, rather than the maximum that the tyres can endure.