The DGT has published the latest list of locations where mobile and fixed radar speed detection equipment will be operating. All of the locations have been identified based on their dangerousness, by the number and severity of incidents that have occurred and the average speed detected.

This latest list now has a total of 1,314 sections of secondary roads covered by the jurisdiction of the DGT, thus excluding Catalonia and the Basque Country, but includes new sections and updates that were released in July.

This is the first update to the list since July, during which time statisticians have been monitoring the roads closely, revealing that 1 in 3 road deaths occurred in sections classed as dangerous, resulting in 86 deaths.

Although monitoring for speed is the main objective at these locations, the officers operating the check-points will also be checking for evidence of the presence of alcohol or drugs, and correct documentation and status of the driver and vehicle, including licence, insurance and ITV.

You can view the entire list, sorted by section and searchable, on the DGT website here. Alternatively, this link takes you direct to the list of radars in the Alicante province. 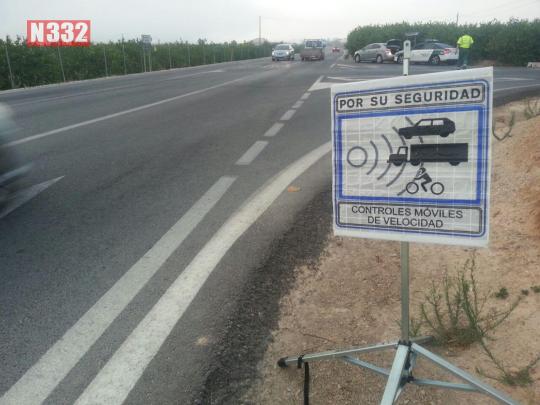