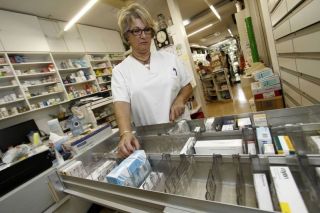 The Valencian Ministry of Health extends the validity of chronic treatments for a period of two months, the expiration of which was to occur in January and February.

In this way, all those patients with chronic treatments planned for periods of 180 or more days, whose completion was to occur before February 28, 2022, will have two additional months of validity and, therefore, may Pick up your medications at a pharmacy without having to go to your health centre to renew them.

Currently, in the Valencian Community there are 571,667 patients with this type of chronic treatments, which during January and February would end the validity of their treatments. With this measure, they will have two more months of validity, which will be counted from the date on which they were to expire.

Thus, for example, the treatments that had to be renewed during the month of January will not need to be renewed until March, and those in February until April. In total, there are 1,086,874 chronic treatments planned for periods of 180 or more days whose validity ended in the next two months. It must be borne in mind that the same patient may have prescribed several chronic treatments.

This measure was launched by the Ministry of Health during the start of the coronavirus pandemic. It is an initiative that aims to protect the health of the patient, since it avoids their travel to a health centre, especially at times when the incidence is on the rise due to the increase in the number of infections, as is the current case in the middle of the sixth pandemic wave. In addition, it favours the continuity of established chronic treatments, preventing the health of patients from being compromised by the completion of prescriptions for drugs already established.

On the other hand, the purpose of the measure is to facilitate the work of reviewing and carrying out administrative procedures by the medical staff of the Primary Care centres. All this, without prejudice to the necessary control and responsibility of the doctors to start, continue or suspend pharmacological treatments and generate their respective prescriptions.

Likewise, the extension of the validity will not be applicable to temporary or limited treatments of less than 180 days or to acute treatments, magisterial formulas, narcotic drugs, or treatments with a single quarterly or semi-annual administration. Nor does it affect treatments that require an inspection visa for their financed dispensation, nor does it affect those medicines whose maximum allowed duration is established in their technical sheet.

Finally, to make this measure effective, the Ministry of Health has published a Resolution, which will take effect from the day of its publication and will remain effective for a period of three months.

Advertisement
Related Topics:Health
Up Next

Oltra: “I am proud of the response of the population to the vaccine”