Face Masks to Remain Mandatory Until Next Year
Advertisement 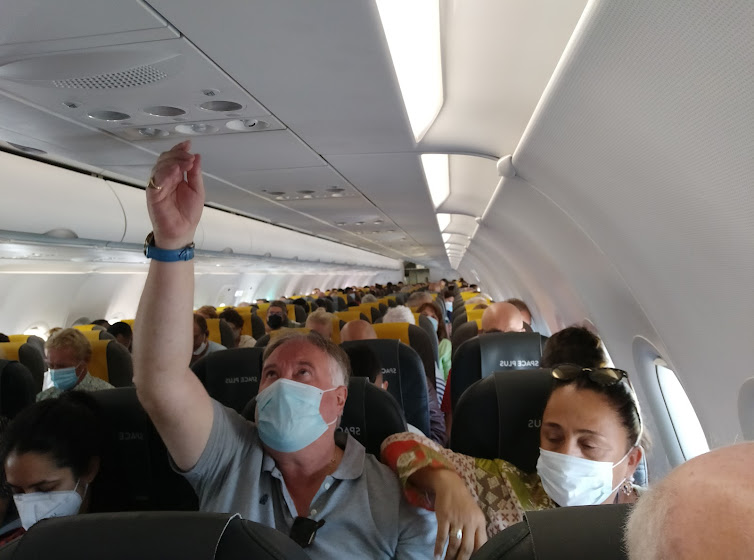 The Spanish Government has consistently said that decisions on public health matters will always be led by health experts, and the wearing of masks is no exception, to which the wearing of face masks is set to remain mandatory well into 2023.

In the latest meeting this week, the health experts have said that masks should remain mandatory on public transport, including planes, buses, ships, and taxis, a decision which they would not intend to review until March 2023, in other words, after the winter.

“The maintenance of the current measures was agreed until March 2023, at which time the situation will be reassessed. This proposal of the Report is the one that was submitted to the Public Health Commission”, explain voices close to the Report of Alerts. The Ministry of Health, on the other hand, assures that “the Alerts Report did not recommend removing the masks from transport, but it did not set a definite date in its recommendation.” From this group of specialists, on the other hand, they insist that it was agreed to maintain this preventive measure until March of next year.

Last week, in a meeting that went largely unnoticed, the Public Health Commission approved the proposal of the Alerts Conference regarding masks in transport “indefinitely”. The experts argued that ” it is not the right time to remove the masks due to the arrival of winter.”

Public Health doctors are beginning to warn that a new wave of coronavirus is coming upon us. Moreover, in countries like Germany, the debate on the return of the mandatory mask indoors has returned to the public sphere. It is not ruled out that masks will return in more general settings, although most likely only indoors, and it is a recommendation in many areas to still wear a mask in poorly ventilated areas, or in crowded locations.

Masks are also mandatory in health settings, such as hospitals and care homes, which also includes pharmacies. This element has not been open to discussion and is likely to remain for some time.