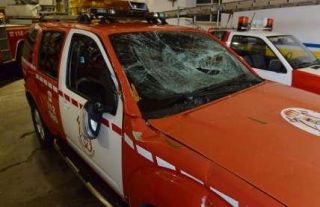 With a lot of controversy over the new criminal code which would give harsher sentences to those engaged in protests or civil disputes, little has been said about one element which is designed to help those who put their lives on the line for others.

The new Penal Code imposes prison sentences of between one and four years, plus hefty fines, for those who employ violence or seriously intimidate to the police or other similar authorities such as private security providers whom the government are also trying to give more power to. However, this code has also been extended to include other emergency workers, providing the same protection to fire fighters, medical staff and rescue teams, with prison threats for those who “prevent them from exercising their functions”.

The bill amends sections 550 and 551 to allow judges, magistrates and prosecutors to deal with such cases, as opposed to the current status that limits the application of the laws to the Constitutional Court judges or members of the General Council of the Judiciary, in addition to deputies and government members.

A clause is also included which offers protection to members of the public who are assisting in law enforcement, rescue or emergency situations.

ALCOHOL DOES NOT HELP YOU SLEEP