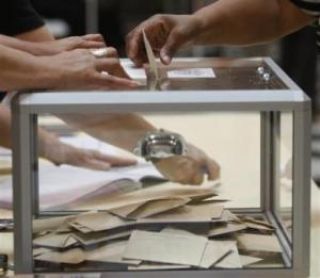 According to article 2.3 of the Electoral Law, in order to be able to vote in the municipal elections, it is necessary to be registered in the electoral census of residents in Spain.

Request to vote of voters resident abroad
Voters resident abroad will be able to participate in the elections to the Autonomous Communities and the Assemblies of Ceuta and Melilla, if they request their vote from 31 March to 25 April. The Electoral Census Office has sent the official application form to all voters with the right to vote.

For the first time, applications may be sent over the Internet. In order to do that, it is required to have an electronic certificate recognised by the Electronic Office of the INE or use the password sent together with the official form.

Electoral census querying
The electoral census will be available for query from 6 to 13 April at the municipal councils, and also in the provincial delegations of the Electoral Census Office. Spanish voters residing abroad may verify their registration data on these same dates at their respective consulates.

The information on the electoral census with data of interest for this query, current census, claims, postal vote, deadlines, regulation and counting of registered voters is available on the INE website (http://www.ine.es_en).

Voters can check the INE website to obtain data on polling station officials and premises. Moreover, voters who have a recognised electronic certificate can check the registration information in the electoral census.

The claims period, if any error or omission is observed regarding the data contained in the electoral census, will elapse from 6 to 13 April. Claims may be presented at the municipal councils, consulates or provincial delegations of the Electoral Census Office.

Census cards
The Electoral Census Office shall issue each voter a census card that indicates the corresponding polling station, as well as the voting premises and address, as of 27 April.

Voter query processing
The provincial delegations of the Electoral Census Office will attend all queries within the scope of their authority (census registration, postal vote, electoral premises, census cards, etc.) at their offices, and also by telephone, on the following number: 901.101.900.

STERLING IN FOR A BUSY WEEK