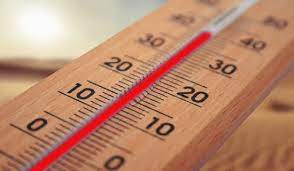 The regional Ministry of Health has begun the Program for Prevention and Attention to Health Problems due to extreme temperatures, whose main objective is to reduce the impact associated with excess temperature and possible heat waves during the summer season in the Valencian Community.

The program will remain active until September 30, unless the weather conditions imply its punctual modification.

Since the summer of 2004, this program includes the measures to monitor and reduce the health effects associated with high temperatures according to the level of risk foreseen throughout the territory of the Valencian Community, with the necessary specifications in each health department.

There is a meteorological surveillance system specifically developed for the territory of the Valencian Community. Currently, extreme heat forecast alerts are issued by the General Directorate of Public Health and Addictions, with daily updates and can be consulted here.

The program allows the Ministry of Health to monitor the weather situation to predict risk situations due to excess temperatures, as well as to establish a system for coordination and exchange of information between the various institutions involved.

Likewise, through the public health centres, extreme heat risk alerts are disseminated to the institutional and territorial network of health departments and information is provided to the population on declared alert levels and prevention measures, especially groups at higher risk (elderly people, children or people with a chronic disease), as well as social and health professionals.

The program also makes it possible to monitor and assess the impact of intense heat on the health of the population.

Risk maps are prepared daily with temperature forecasts for all the municipalities of the Valencian Community. There are 542 municipalities and 542 predictions made by satellites that indicate heat waves to health, with the expected temperature levels. These levels are shown on the maps with four colours and each colour is associated with an intervention level: normal level (green), moderate (yellow), high (orange) and extreme (red), and they are linked to a series of performances.

To intervene, it must be fulfilled that, of the daily predictions that are for three consecutive days, two days are of the same high level, When ‘TODAY’ and ‘TOMORROW’ have a high level or orange or extreme level or red, the inter -vent alert.

In addition to the already indicated novelty of predictions by municipalities instead of by the previous thermoclimatic zones (which sometimes served several different municipalities), this year a specific prediction is also offered for night temperatures, generating warning for “tropical” nights ” and “torrid”.

A hotter summer than usual

According to the three major weather and climate forecasting centres consulted, i.e. the European Centre for Medium-Range Forecasts (ECMWF), the United Kingdom Forecasting Centre (MetOffice), and the National Centre for Environmental Prediction (NCEP), as well as other predictions and projections consulted, in the Valencian Community, the probability of higher temperatures than usual in the months of June, July and August 2022 is high (50%-70%) or very high (>70%).

You can consult here to see forecasts at the national level and the effects on health and mortality data.