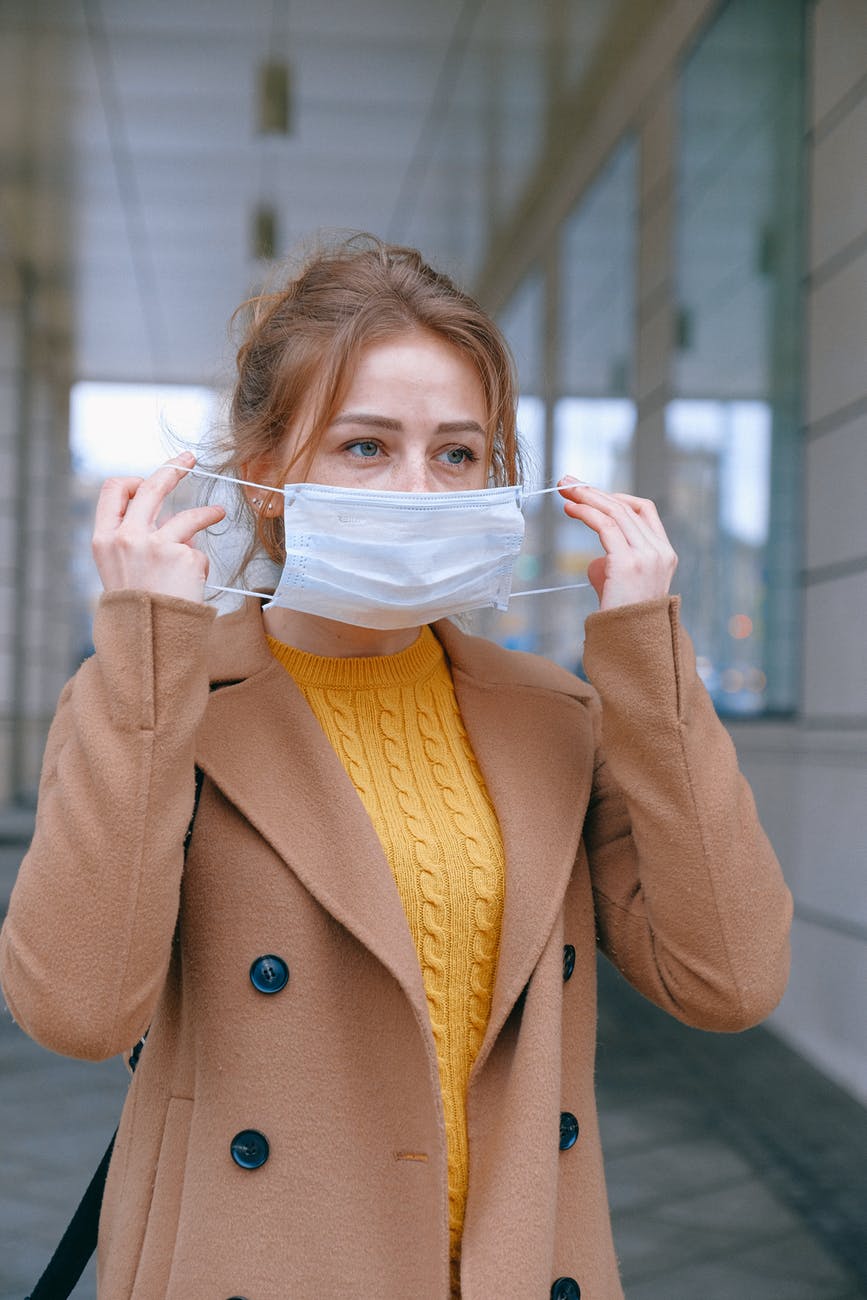 The Ministry of Universal Health and Public Health has reported a total of 1,207 new cases of coronavirus confirmed by PCR test or through antigen tests since the last update on Tuesday, when confirmed cases were 954 more than the previous update. The new cases by province are 168 in Castellón (191,663 in total), 251 in Alicante (527,853 in total) and 788 in Valencia (835,555 in total). 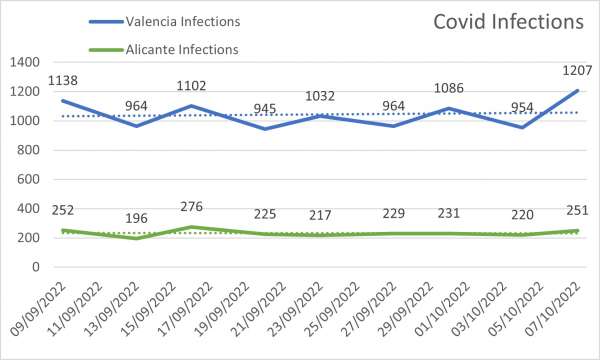 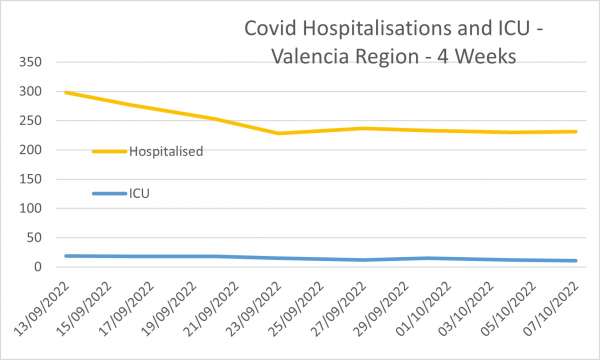 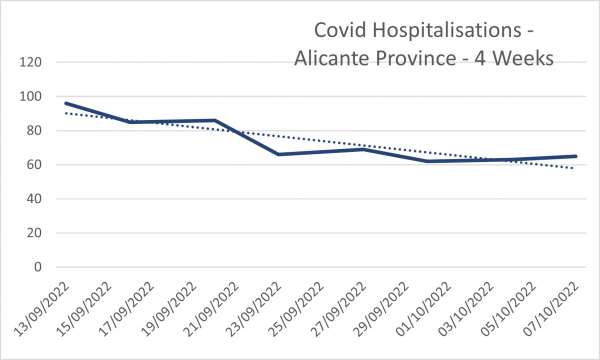 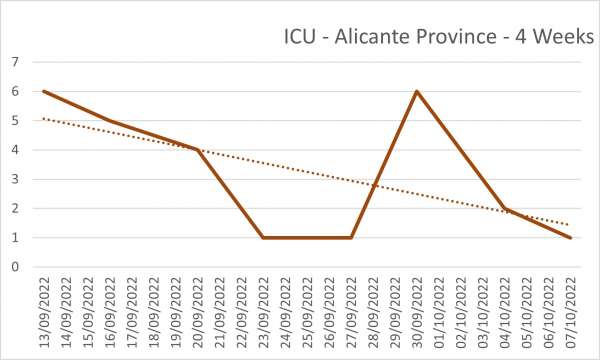 12 deaths from coronavirus have been reported since the last update, on Tuesday 2 deaths were reported and last Friday it was 6, all with a date of death in the last 7 days except one that was in August. These are six women between 73 and 94 years old, and six men between 47 and 88. The total number of deaths since the start of the pandemic amounts to 10,078: 1,197 in the province of Castellón, 3,844 in Alicante and 5,037 in that of Valencia. 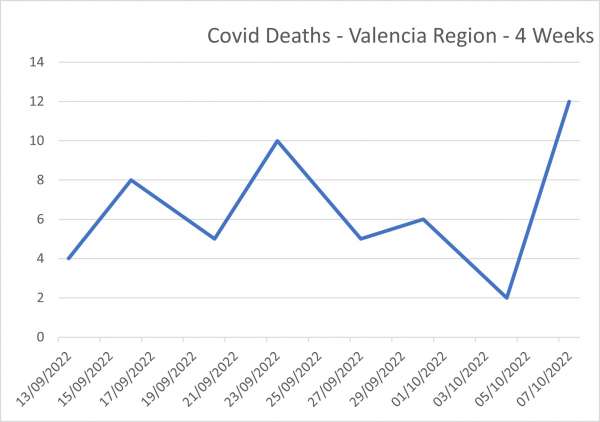