Ten places to visit away from Torrevieja
Advertisement 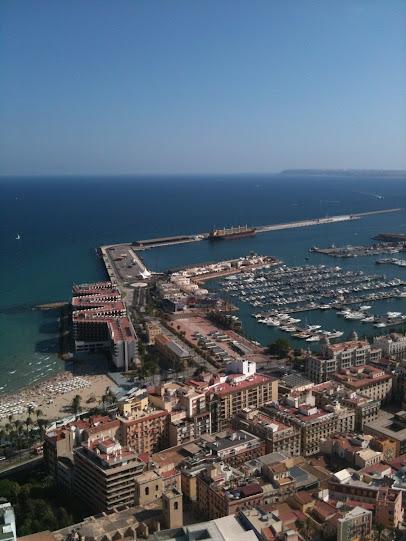 Although there are things to do in Torrevieja, sometimes it’s nice to get away, and with that in mind, we thought we’d offer a handful of places to visit away from Torrevieja, but not too far away.

Click on the title of each listing to see the location on Google Maps.

We start in the capital of the Costa Blanca, and the administrative centre of the province, Alicante city. Here, located at the top of Mount Benacantil, you will find the Castle of Santa Bárbara, or Castillo de Santa Bárbara to give it the Spanish name.

This Muslim fortress was built in the 9th century, but its current structure dates from the 15th century.

The castle is an impressive example of military architecture, with its towers and walls, and is one of the best places to enjoy panoramic views of the city of Alicante.

The Archaeological Museum of Alicante, Museo Arqueológico de Alicante (MARQ), is one of the main places of historical interest in the province.

Located in the centre of the city of Alicante, the museum houses an important collection of archaeological objects from the region, from remains of Iberian culture to pieces from medieval times.

Slightly closer than Alicante is the city of Elche, one of the main tourist destinations in the province, thanks largely to it being home to the Costa Blanca’s airport hub, Alicante-Elche Airport.

This ancient walled city is characterised by its architecture and historical heritage, such as the Cathedral of Santa María, the Altamira Palace and the Basilica of Santa María.

Located north of Alicante, Jávea is one of the most beautiful cities in the province.

This small town is characterised by its cobbled streets, its white houses and its fishing port, but it is also famous for its beautiful beaches and coves.

The Montgó Natural Park is one of the main places of ecological interest in the province of Alicante.

This natural reserve is characterised by its mountainous landscapes and its valleys, and is home to a varied and rich fauna and flora. This area is one of the best places for hiking and enjoying nature.

On the subject of natural parks, we cannot ignore El Clot de Galvany, which is almost on the doorstep to Torrevieja, situated at the foot of the Gran Alacant urbanisation in Santa Pola.

The Clot de Galvany Municipal Natural Area is a protected space with an interesting diversity of environments that make it a first-rate centre of biodiversity in the Valencian Community. Managed by the Elche City Council, it is under the patronage of the municipal company Aigues d’Elx.

Slightly further on brings us to las Salinas de Santa Pola, located south of Alicante and constitute one of the main tourist attractions in the province. This natural reserve is characterised by its salt flats, lagoons and beaches, and is one of the best places to enjoy the native fauna and flora.

It is a bit of a drive from Torrevieja but Benidorm is one of the main tourist cities in the province of Alicante. This city, located on the Mediterranean coast, is characterised by its beaches and luxury hotels, but it also has an interesting historical heritage, such as the Church of San Jaime.

Needless to say, Benidorm is a popular holiday spot for British tourists, but also attracts visitors from around the globe, as well as domestic tourists from Spain.

Sierra de Mariola is a mountain range located north of Alicante. This protected area is one of the main places of natural interest in the province, and has an interesting and varied fauna and flora. This area is ideal for hiking and enjoying nature.

Located south of Valencia, the Albufera de Valencia Natural Park is one of the main tourist destinations in the province. This protected area is characterised by its lakes, marshes and wetlands, and is home to a varied and rich fauna and flora. The park is also one of the best places to practice water sports, such as kayaking or sailing.