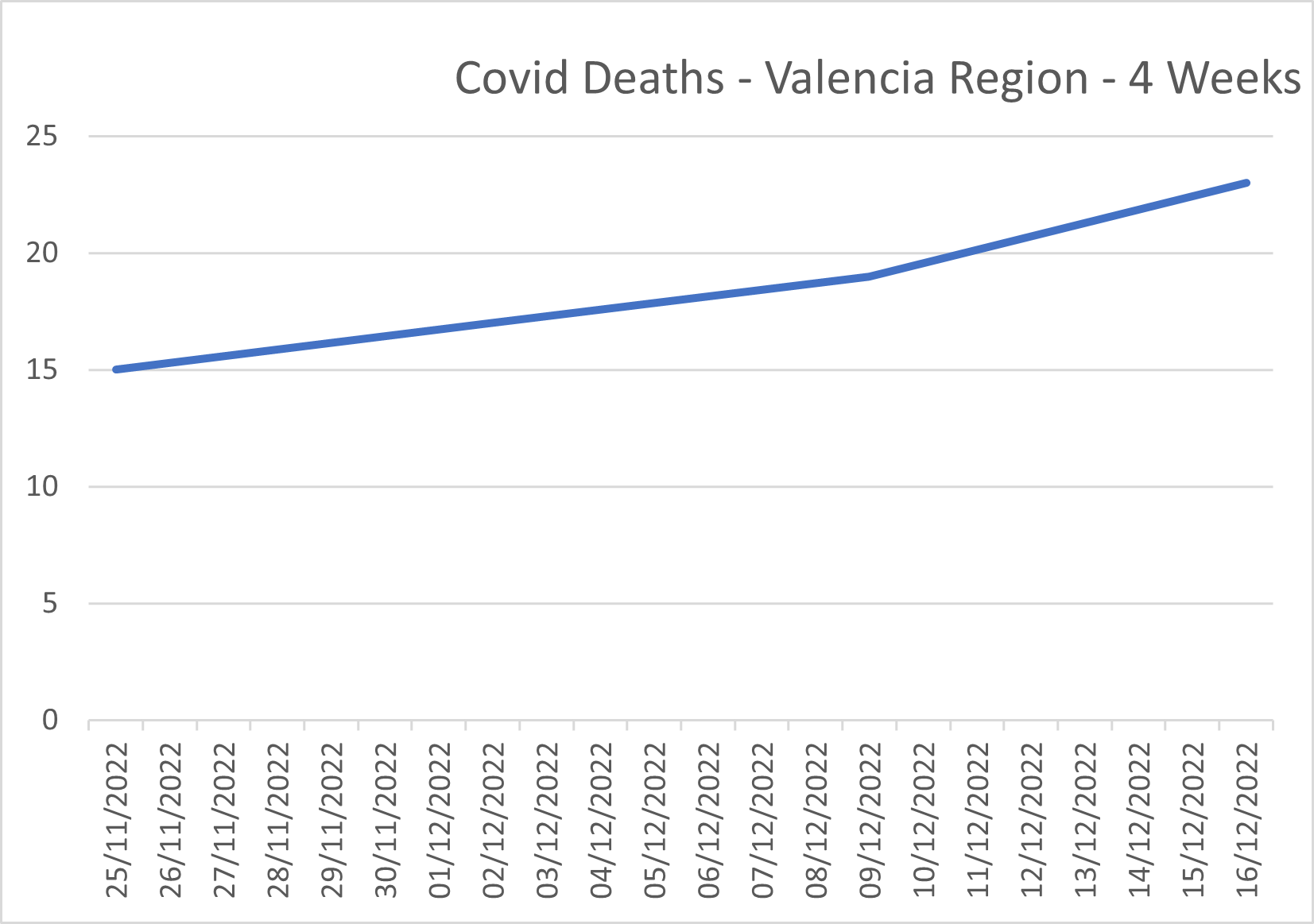 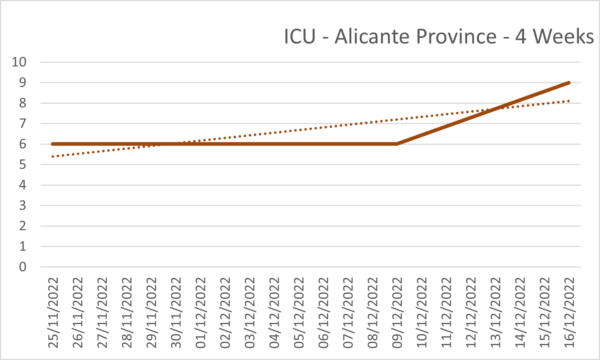 23 coronavirus deaths have been reported since the last update, all with a death date in the last 10 days, the highest since 26 deaths were recorded in the week ending 9 September, after which the figure has shown a general increase. They are 12 women between 68 and 98 years old, and 11 men between 24 and 98 years old. The total number of deaths since the start of the pandemic amounts to 10,229: 1,224 in the province of Castellón, 3,891 in Alicante and 5,114 in Valencia. 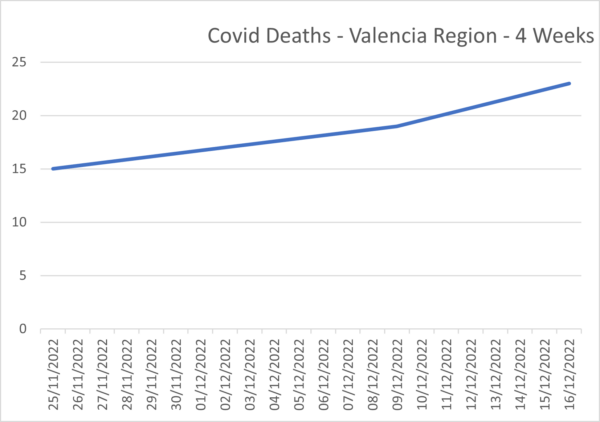