A collision between a touring coach and an articulated lorry in the Granada area on Thursday evening resulted in three people being seriously injured. 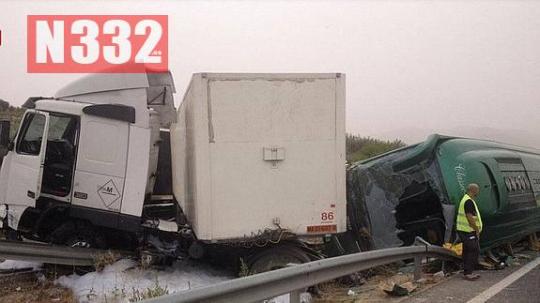 The coach was carrying 19 Italian tourists, the driver and two guides who were on their way to an evening event in the city as part of their excursion.

As a result of the incident the three most seriously injured people were rushed to hospital, one of them by helicopter. The remaining victims suffered minor injuries of varying degree and were treated at the scene.

As a result of the crash several lanes of the main ring-road were closed to traffic and considerable delays experienced by those caught up in the clean-up operation.

An investigation has been launched to ascertain the circumstances surrounding the incident.