Once again the roads of Spain are expected to be particularly busy this weekend, with 4.8 million trips expected, nearly half a million more than last weekend. 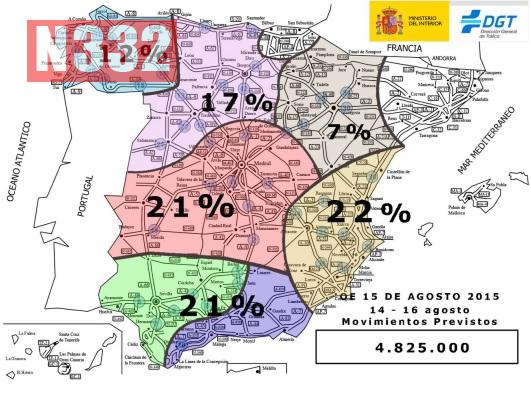 Saturday is a national holiday in Spain which means that many more workers will be taking time off, mixing with the already increased tourist traffic, resulting in a higher concentration of vehicles in coastal and holiday hot spots, as well as the routes from the inland areas at the start of the weekend, and back inland on Sunday.

This weekend also coincides with an intensified campaign against drivers who have consumed alcohol or drugs before driving, and so there will be more checks and checkpoints on the roads throughout, with a daily target of 25,000 drivers being stopped.

Pegasus radar equipped helicopters will also be taking to the skies focussing on main roads looking to catch speeding motorists, and there will be restrictions on the movements of dangerous goods, whilst all none urgent road works will be suspended and traffic management procedures put in place.