A new range of radar speed detectors in stalled by the DGT not only monitor for vehicles traveling in excess of the maximum permitted speed limit, they are also able to tell if a driver is not wearing a seatbelt or is talking on a mobile phone.

The cameras, which have been installed in 70 locations across the country already, look similar to the existing devices, but can capture images at 50 frames per second, which results in higher definition still images being captured which result in more details being collected and then analysed, such as the driver´s current activities, recording the vehicle information and processing the relevant evidence to qualify a sanction or complaint.

The aim of the investment in the devices is to improve road safety, with the latest data revealing that in the most recent campaign 1,349 drivers were reported for not using seatbelts and other 1,113 to using a phone whilst driving.

With the Pegasus radar already capable of capturing this detail, and recording the necessary evidential data, these latest ground-based cameras add to the arsenal of monitoring tools.

Further data also reveals that 77% of all people killed in vehicles are not wearing a seatbelt, and so by changing attitudes through enforcement, a significant number of lives can be saved. 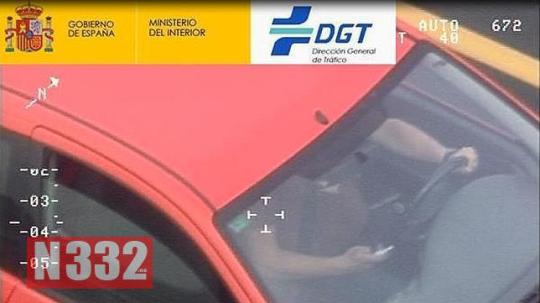