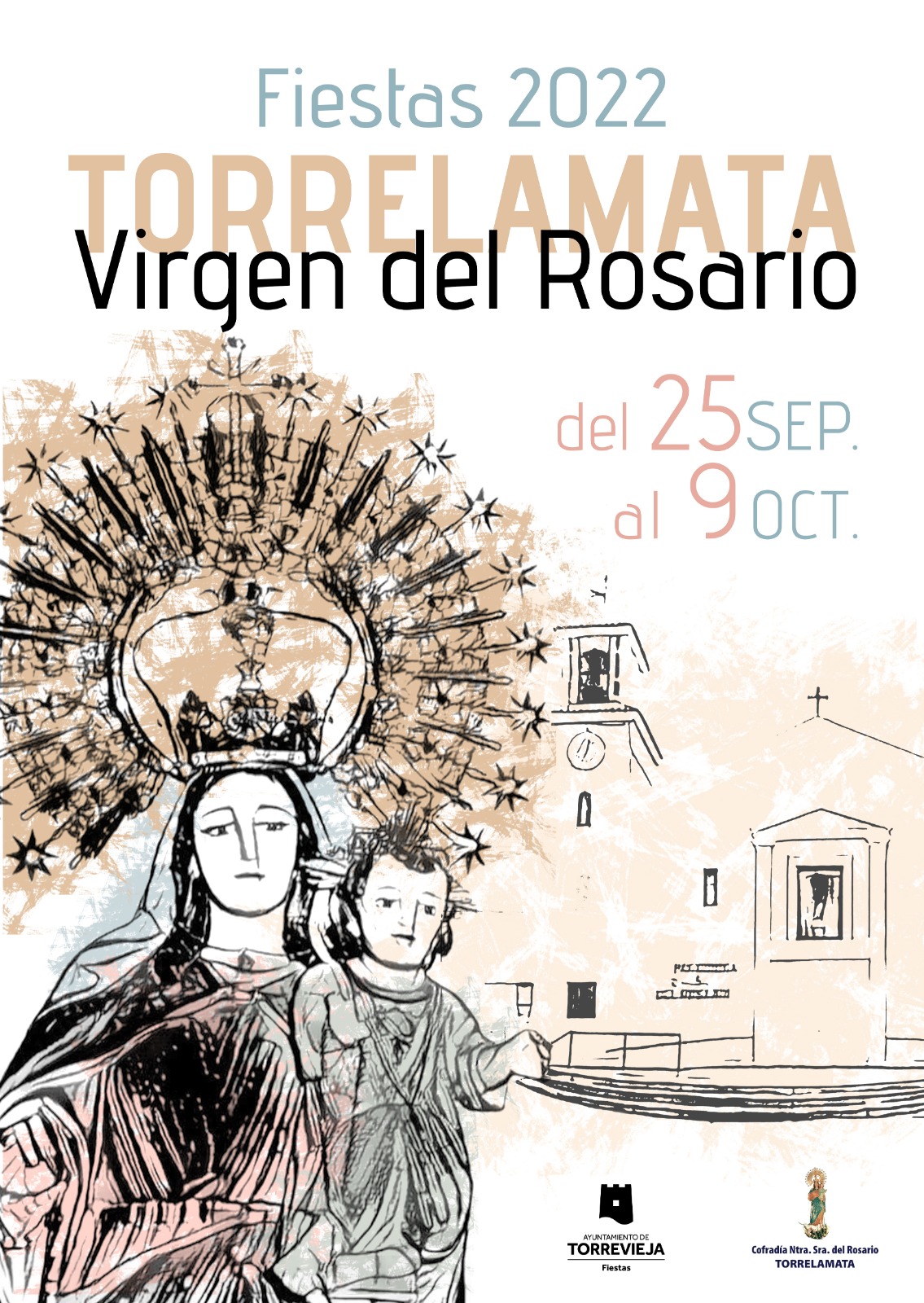 The Councillor for Festivities in Torrevieja, Concha Sala, accompanied by the Councillor for the Environment and Beaches, Antonio Vidal, and María Rosa Gil, representative of the Brotherhood of Our Lady of Rosario de La Mata, presented the festival program at the La Mata Town Hall to honour the Virgen del Rosario de Torrelamata that will take place from Sunday 25 September 2022 to Sunday 9 October. They are the first festivities without restrictions for the district in honour of its patron saint. 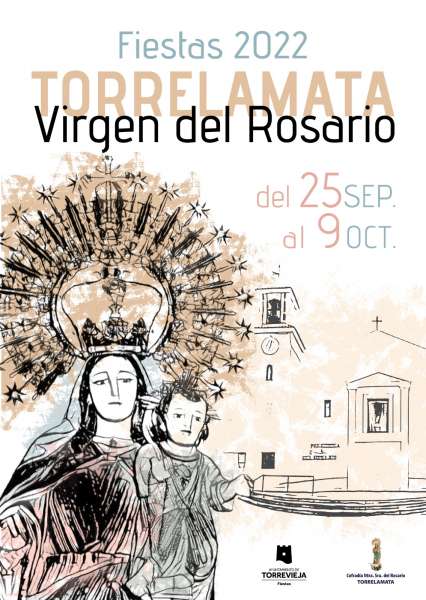 The festivities, which begin this coming Sunday, have the collaboration and participation of the Brotherhood of Our Lady of the Rosary, as well as the Board of Festive Clubs of La Mata and the Peña el Cachirulo, the latter will place a barrack, open to the public from October 4 to 9. 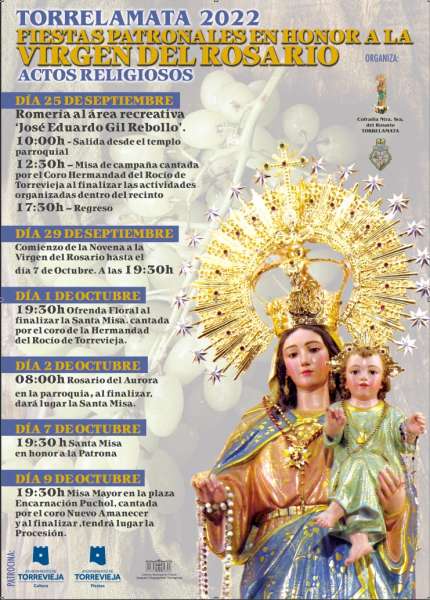 The religious acts begin this Sunday, October 25, with the pilgrimage, which will depart from the parish of Ntra. Señora del Rosario at 10:00 a.m. to the “José Eduardo Gil Rebollo” recreational area, where a field mass will be celebrated at 12:00 noon, sung by the choir of the Brotherhood of the Virgen del Rocío, and later a giant popular paella. Paella tickets can be picked up at the Perelló Hardware Store and at the “Mari Carmen” Lottery Administration in La Mata. All the people who collect their ticket will enter a prize draw that will take place on the same day of the pilgrimage. After the draw will proceed to the return to the parish of the Torrevieja district.

On September 30, the festive events will begin with the traditional “sobaquillo” dinner in Plaza Gaspar Perelló, which will be enlivened by a disc jockey. The paella contest will be held on Sunday, October 2 in the Plaza Encarnación Puchol. In order to participate, all interested parties must register by calling 629 860 809 and 678 503 443. At 4:30 p.m. the Foam Party will take place, which will feature a disc jockey. The Multicolour parade will begin at 6:30 p.m. on Saturday, October 8, with the following itinerary: Avenida de Soria, Avenida de Alemania and Calle Mayor.

The popular festivals will take place on October 7 and 8, in the Plaza Encarnación Puchol de La Mata starting at 9:30 p.m. On October 7, the musical performance will be carried out by “Los 80 Principales in concert”, and on October 8 at 9:00 p.m. “Los Flojos” will perform, followed at 10:30 p.m. by the performance of “Cocktail Tributo”. At the end of all performances there will be a disc jockey.

Various activities have been prepared for the little ones, such as the Children’s Grand Prix, which will take place on Saturday, October 1, starting at 11:00 a.m., in the Encarnación Puchol square, and on October 8, starting at 11:00 a.m. confinement of San Fermín and subsequent inflatable bullfight, which will depart from the Gaspar Perelló square to the Encarnación Puchol square where a bullring will be installed for the enjoyment of the little ones.