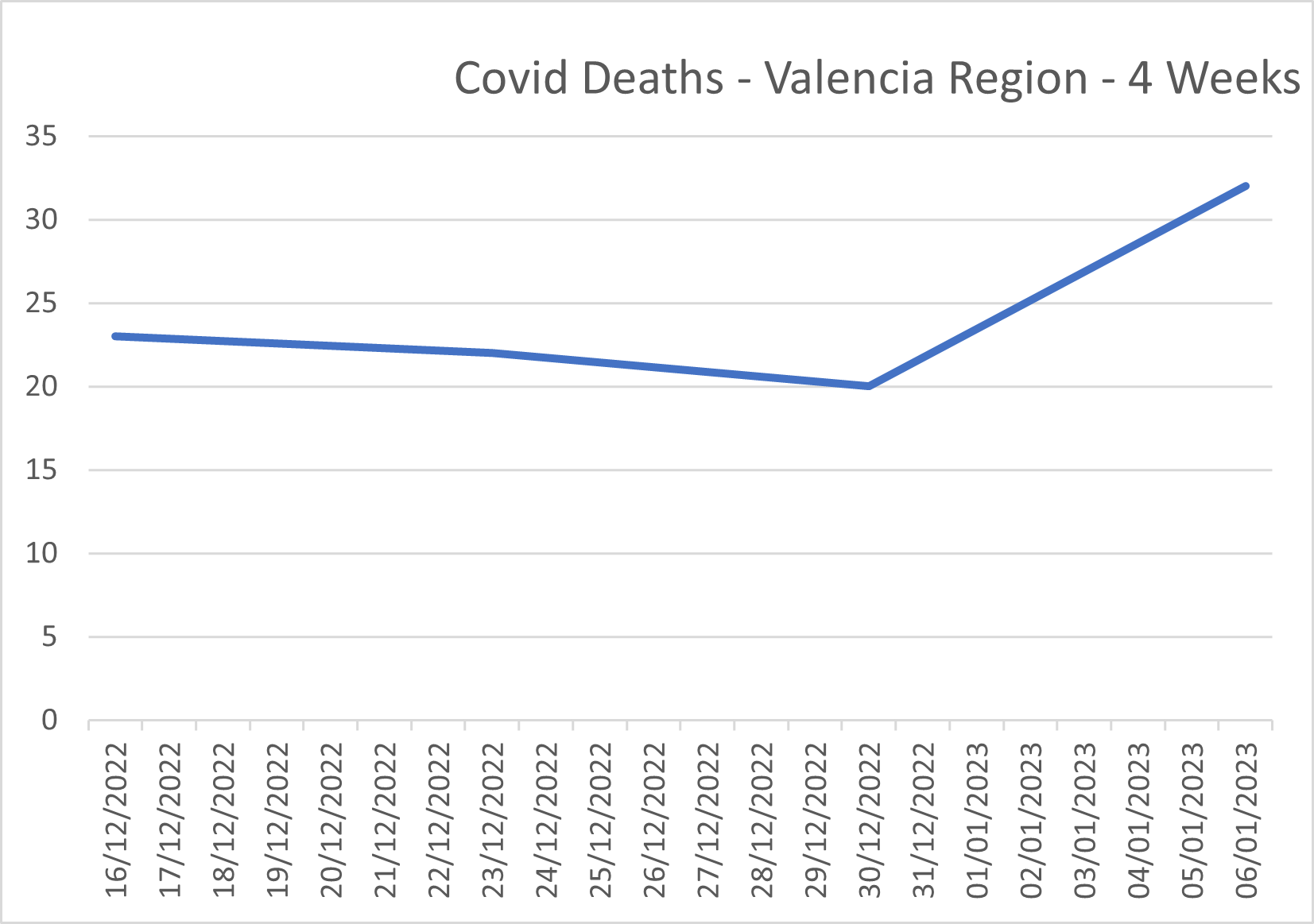 In figures which will be slightly down as they are released earlier than usual due to the holiday on Friday in Spain, deaths from Covid have continued to increase this week. 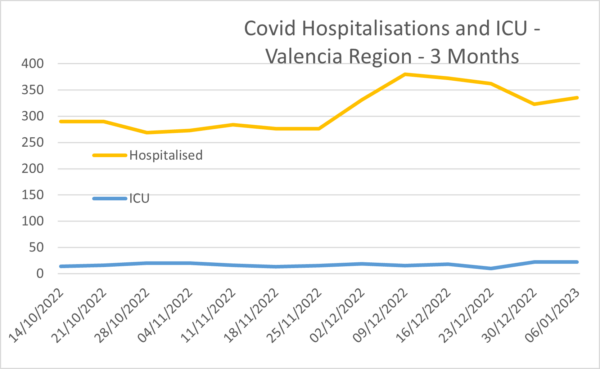 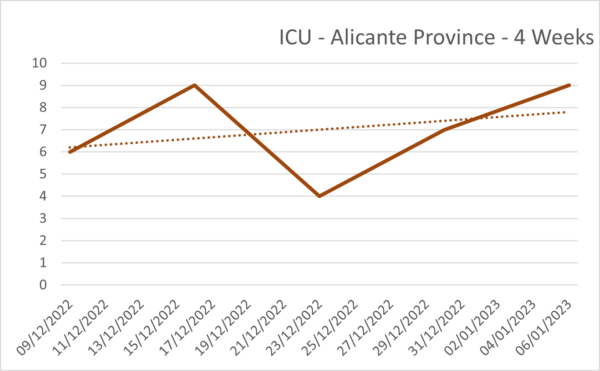 32 coronavirus deaths have been reported since the last update, all with a death date in the last 10 days. Last week, an additional 20 deaths were recorded, 22 the week before, 23 before that, and today’s death toll is the highest since the middle of August. They are 15 women between 66 and 103 years old, and 17 men between 57 and 90 years old. The total number of deaths since the start of the pandemic amounts to 10,303: 1,236 in the province of Castellón, 3,910 in Alicante (an increase of 7, and the highest weekly increase since October), and 5,157 in Valencia. 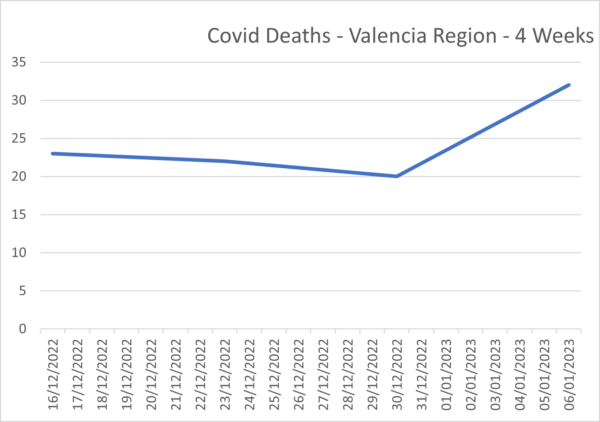