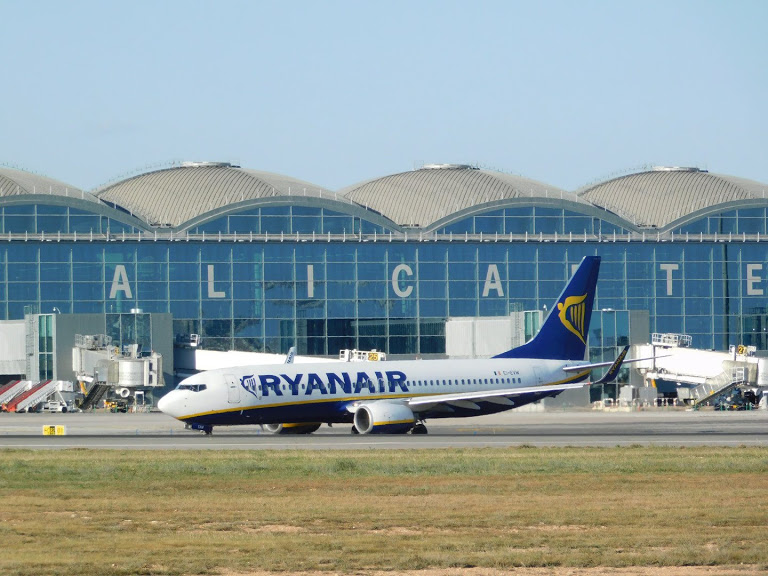 The number of passengers travelling Alicante-Elche Airport grew by 9.7% to over 1.3 million people in April, coinciding with the Easter holidays, while the regional´s capital, Valencia Airport registered an increase of 12.9%, with 752,055 passengers. During the first 4 months of the year, 3.9 million passengers travelled through Alicante airport compared to 2.4 million at the Valencia hub. In total, 1,341,713 passengers used Alicante-Elche Airport in April, according to the state agency AENA, an increase of 9.7% compared to last year, with the majority being international travellers, 1,188,803 passengers, an increase of 9.1%, while domestic travel increased by 15.9% to 152,438 passengers.

In terms of operations, the Alicante-Elche Airport managed a total of 9,073 flights in April, 7.3% more than during the same month of the previous year, although we must remember that Easter week fell mostly into the March figures in 2018, whilst this year it was entirely in April.

The Alicante installation was one of the four that in 2018 once again surpassed the 10 million passenger mark, although in all cases with annual growth rates were well below that of the busiest airports. Thus, Málaga-Costa del Sol saw more than 19 million people (2.1%), Alicante-Elche almost 14 million (2%), Gran Canaria 13.5 million (3.7%) and Tenerife South more than 11 million (-1.8%).

Could You Run a Marathon?