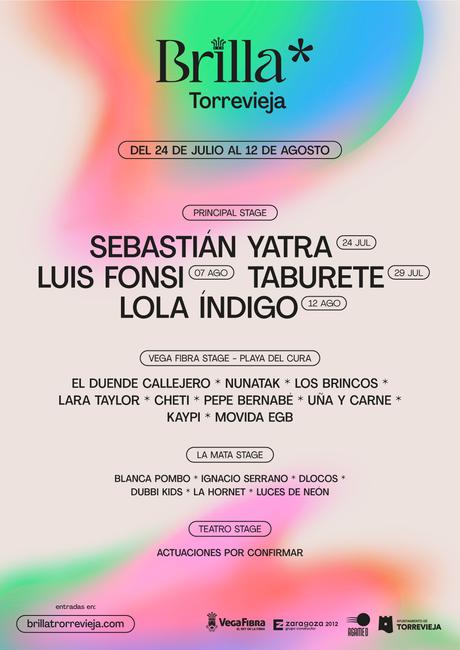 Torrevieja will be playing host to a series of musical concerts throughout the summer, taking place at a specifically dedicated space in the Parque Antonio Soria.

This, by the way, is the reason that parking arrangements for the Friday market have had to be changed.

The event, taking place from 24 July to 12 August, is billed as an event for shining with its own light.

The songs speak of shared life experiences in a mosaic way through lyrics that communicate an honest and sometimes chilling memory of moments related to emotions such as fear and joy, sexuality and sadness; performed on rhythms that transcend expectations from pop to 80’s retro, including reggaeton.

There are lots of acts lined up to keep attendees entertained, highlights of which are:

The band led by Guillermo Bárcenas has returned to the music scene with a new song: Roto y Elegante. After almost a year without releasing new music, the group enters 2022 stronger than ever.

The name of the song already gives us a clue about what the single is about: a sweet ballad full of emotional force thanks to the sound of the piano and the powerful voices that are heard. But that is not all! The song reaches our ears as a preview of the new album, Matadero 5″.

The artist of the most listened to Latin song in history on YouTube, ‘Despacito ft. Daddy Yankee’ explained that this album brings together several moments, different fusions and rhythms. Luis Fonsi has wanted to adapt to current music but without forgetting who he is and his personal hallmark. A work with mixtures and fusions that will surprise his followers.

Las Solteras is the new song by Lola Indigo, the artist who has swept all digital platforms with La Niña de la Escuela, the launch single for ‘La Niña’, her latest album, which turned out to be a global hit.

Dancing is more than guaranteed with Las Solteras, it is a song with reggaeton dembow sounds with touches of electronics, a completely urban sound that Lola wanted to dedicate to all single women, which promises to be the new hymn to singleness.

If you want to know more, including the full schedule of artists, you can visit the official website, https://brillatorrevieja.com/ 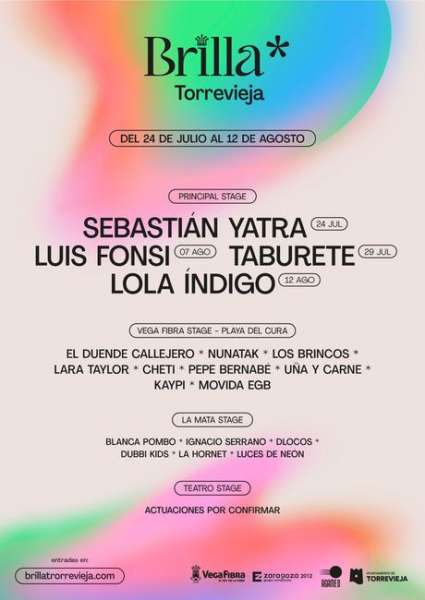 Free Paella at Carrefour on Saturday